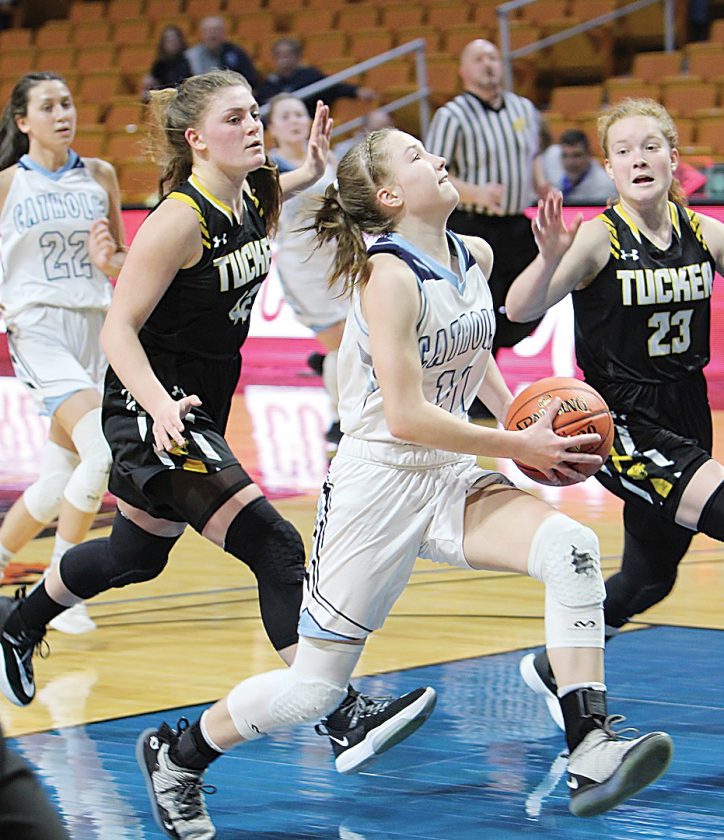 Kuhn averaged 19 points per game. She was captain of the all-state second team as a junior.

Hood and Colebank also averaged in double figures in scoring.

Hood tossed in 14 points per game and Colebank hit for 10.1 ppg.

Tucker County was the seventh seed in the postponed state tournament, falling to No. 2 Parkersburg Catholic on Thursday in the final game before the event was put on hold.

Harman seniors Natalie Teter and Emily Marple were selected to the all-PVC 1A small-school team.

The remainder of the squad included senior Chasity Broadwater and sophomores Bridgette Knapp and Olivia Bomboy from Union, along with junior Halle Gaither and senior Trista Abrell from Paw Paw.