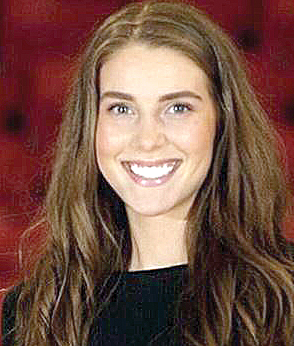 Swartz arrives in Elkins after working with Everett Community College as an assistant coach. Previously serving in various basketball capacities at the NJCAA, NCAA DI, II and III levels, Swartz becomes the ninth head coach in the program’s history.

“Rachel has served under and played for some of the premier head coaches in women’s basketball in the nation across the NCAA divisions,” Joss said. “She has been a part of programs centered on recruiting high-character student-athletes who strive for excellence in the classroom, in the community and success on the court.”

Swartz helped ECC to a 15-15 mark last season, one of the best seasons of the past decade, working with head coach Chet Hovade. She worked in all game day and travel operations, scouting, player development and recruiting during her time with the Trojans.

Swartz concluded a four-year collegiate playing career at Missouri State University, an NCAA DI member of the Missouri Valley Conference. Playing under head coach Kellie Harper, she helped the Lady Bears to a conference championship and NCAA Tournament appearance in 2016. MSU maintained a high level of success throughout her playing career, earning two trips to the WNIT Tournament.

“I’m both excited and humbled about accepting the position as head women’s basketball coach at Davis & Elkins College,” Swartz said. “I have had the privilege of getting to know President Wood and the athletic director, Jamie Joss, this past month. During this process, both have taken great pride in highlighting all that the College, and Elkins as a whole, have to offer. I believe in the College’s institutional values and we are ready to build the women’s basketball program into a winning culture by setting a standard of excellence. It’s time to get to work!”

Swartz began her coaching career at East Tennessee State as a graduate assistant, helping the Bucs advance to the WNIT in 2017-18. She went on to become a graduate assistant at Drury University, working with head coach Molly Miller. Assisting in all facets of the program, Swartz helped guide the program to a stellar 35-1 season in 2018-19. The Panthers won their third consecutive Great Lakes Valley Conference crown that season, pushing their undefeated record to 31-0 at the time, before later advancing to the Final Four of the NCAA Tournament.

Swartz, a member of the Women’s Basketball Coaches Association (WBCA), graduated from Missouri State in 2016 with a degree in communications before earning her masters from Drury in July 2019. She ranks 12th in Missouri State history with 124 games played and minored in political science and sociology during her undergraduate career.

Davis & Elkins returns no shortage of talent from last season after graduating just one senior from 2019-20. The Senators earned a spot in the Mountain East Conference Tournament as the 10-seed in the program’s first season in the league.