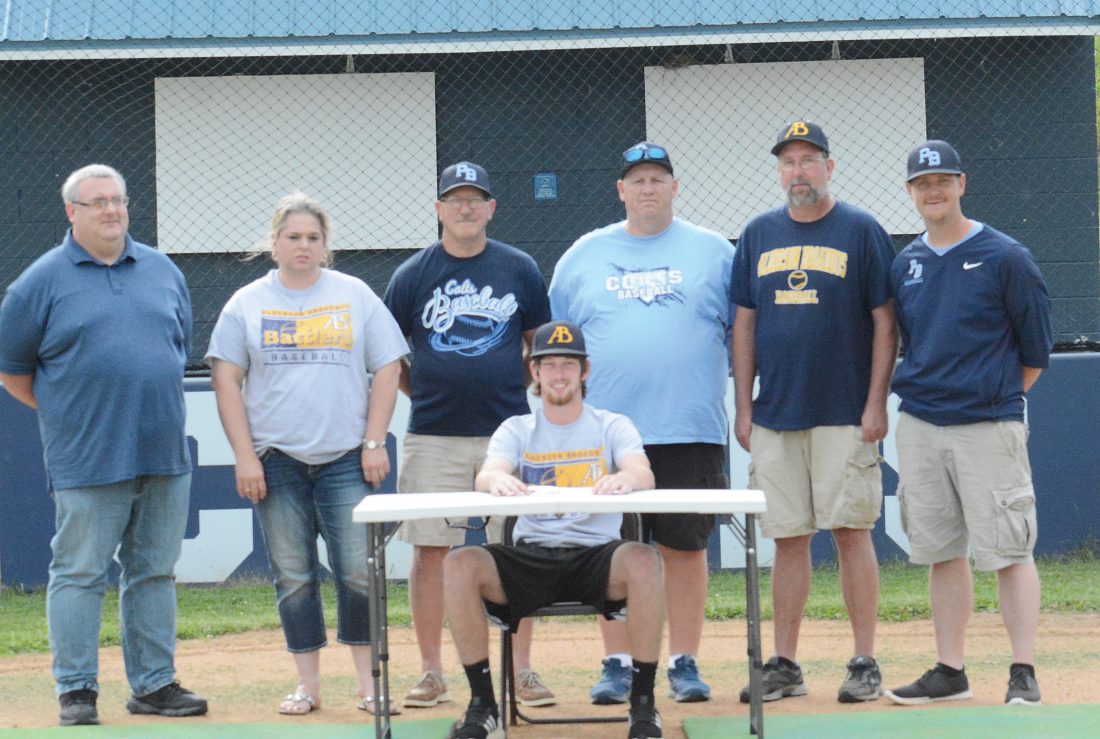 PHILIPPI – Philip Barbour’s Will Knight made his college choice official on Tuesday evening, signing a letter-of-intent to play baseball at Alderson Broaddus.

Knight also participated in basketball and football for the Colts during his prep career.

“I wanted to play for my hometown (college),” Knight said of inking with the Battlers. “I know I have a lot of work to do to get ready for the next level in all aspects, and I’m excited to get back on the field.”

With the cancellation of the spring sports season due to COVID-19, Knight has tried to remain in shape as he prepares for college.

“I’ve been coming down to (the PB field) as much as possible,” he said. “It was tough not having a spring (baseball) season but there was nothing anyone could have done about it.”

Knight led the Colts in all offensive categories as a junior, hitting .400 with 36 hits, 30 RBIs and two homers.

However, he’s projected to be a pitcher at the college level.

“That’s the plan (AB) has for me,” Knight said. “But I will play anywhere they need me to play.”

On the mound in 2019 for PB and head coach Jonathan Carpenter, Knight won four games in nine starts, tossing 49 innings with 68 strikeouts and a 3.75 ERA.

At the plate, Knight hit .284, drove in 15 runs, smacked eight doubles and one homer and swiped 14 bases.

Knight, the son of Billy and Ellen Knight, plans to major in physical education at AB.