Barbo-Vezinat overcame traumas while serving in the Army 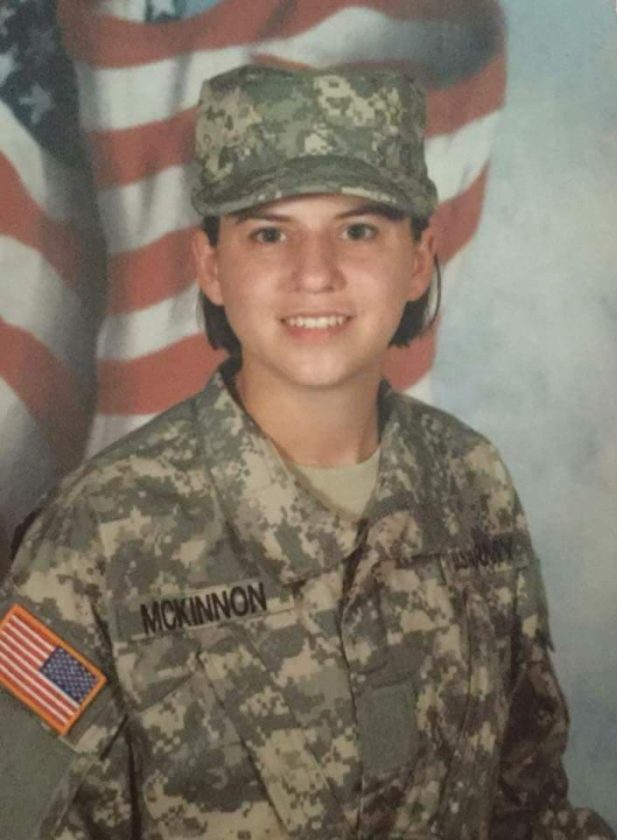 Editor’s note: This article is part of The Inter-Mountain’s Unsung Heroes series for 2018, which features veterans in our area sharing first-hand accounts of their military service.

BUCKHANNON — Surviving assault and coping with the death of her child was not easy for Amanda Barbo-Vezinat during her time overseas serving in the United States Army; however, her resiliency led her to persevere through those traumatic events and she now says of her service that she would “do it all again.”

Amanda Barbo-Vezinat, now 35, decided to join the United States Army at the age of 24, and served for roughly10 years.

“The military was something I actually always kind of had in the back of my mind …,” she said. “But I got a rough start in life and made some bad choices before I finally got myself on track. I got my GED and then decided the next step was that I wanted to see if I could make it in the military.”

On her 25th birthday, Barbo-Vezinat graduated basic training, and soon after, began filling a variety of duties and traveling overseas.

“My MLS actually broke down after we got through common core. And we didn’t get to decide how it was divided up, but we broke off into two different ways,” she explained. “You had your tactical side and then you had your strategic side, and I ended up with a strategic identifier.”

Though she had requested a deployable unit, Barbo-Nezinat said she never experienced combat.

“I was in the signal core, and I was a Microwave Systems Operator Maintainer, which is for the old digital microwave radios,” she noted.

While in South Korea — Barbo-Vezinat’s first assignment overseas — she worked inside of a mountain and ran a tech control during her assigned 13 months.

“I started off just as one of the new soldiers fresh out of [basic]. And by the time I left there, I had been holding the position of an E6 or an E3 rank,” she explained.

Barbo-Vezinat left South Korea with an Army Commendation medal, which is presented for sustained acts of heroism or meritorious service.

However, before leaving South Korea, Barbo-Vezinat was faced with a traumatic — and unfortunately common — event for women in the military.

“I’m actually a survivor of military sexual trauma,” she said. “So I had to stay an extra month while they interviewed me before I could come to the states.”

Barbo-Vezinat further explained, “We were a very small unit on K16 Air base in South Korea. Our unit that lived there we were all on one floor, and all three of us lived in the barracks. I had two perpetrators.”

Barbo-Vezinat said she healed from her experience and turned to counseling others.

“I took my experience from the military sexual trauma and turned it into the chaplain bringing me into counsel other sexual trauma victims because I knew what they had been through,” she said

Barbo-Vezinat doesn’t want her story to discourage females from joining the military though, or add strain to parents who have daughters currently serving.

Upon returning to the United States, she was assigned to the 706 MI Battalion. From 2010 until 2013, Barbo-Vezinat was stationed in Georgia with the NSA unit, where she worked for more than three years.

Barbo-Vezinat left Georgia and embarked on her last overseas assignment in Okinawa, Japan, which lasted roughly two and a half years.

While in Japan, she faced more adversity and heartache.

Despite her tribulations, Barbo-Vezinat said, “I happen to be somebody who was able to cope with it very well, and never once wanted to leave the military. …I wouldn’t have left the military. I’d still be now if it weren’t for my injuries.”

Barbo-Vezinat added that she met too many good people while in the military for her sexual trauma or miscarriage to have tarnished the whole experience.