The Inter-Mountain photo by Brooke Hinzman Crews work recently on the Elkins Rail Trail Connector, which will expand the Allegheny Highlands Trail.

ELKINS — New traffic signs have been placed in town in preparation for cyclists who will make use of the Allegheny Highlands Trail.

The Elkins Rail Trail Connector was placed in October at the current trail head, located along U.S. 219, and work is currently underway on the section of road leading from the connector downhill across Harrison Avenue on their way to the Elkins Depot Welcome Center.

Last week the new signs were placed by Penn Line on Martin Street.

On Monday, Tyler Beaty, a project manager for J.F. Allen Company, who won the bid for the connector project, explained the reasoning for the new signs. 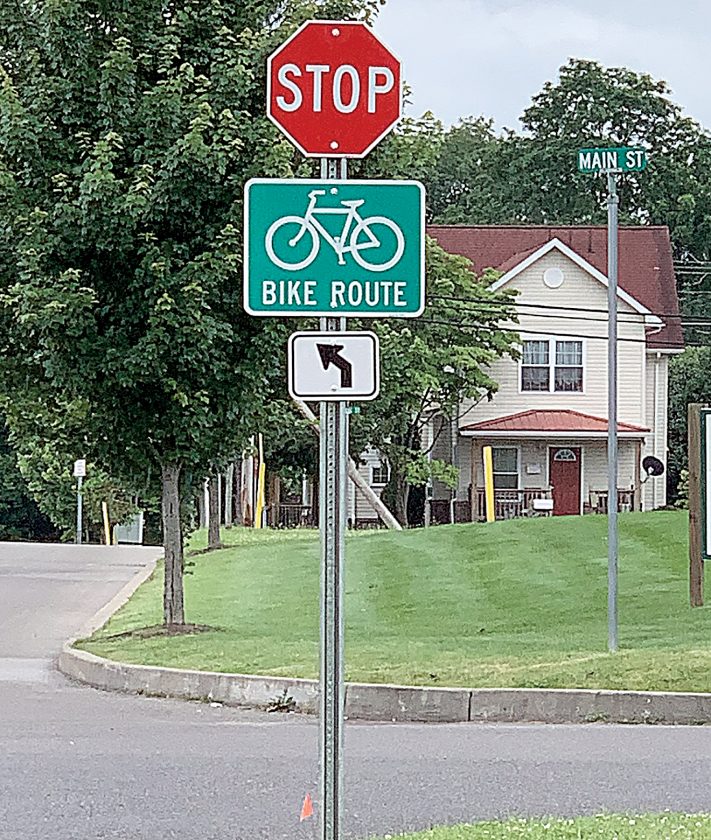 “We are building the bike trail there, so those signs are part of the trail plans that the Randolph County Development Authority drew up,” he said. “Part of the plan is that we would install those signs.”

Beaty said it has not been decided if additional road signs will be place.

Bob Pingley, operations manager for the City of Elkins, acknowledged that the new signs may not be clear in their messaging.

“The signs are confusing but we are looking into it to see if there is a way to reduce that confusion and make it a little clearer about what’s going on,” Pingley said Monday afternoon. “I don’t have any answers on what is going to happen right now but it is an issue that may cause some confusion.”

During a May 2018 Randolph County Development Authority meeting, board members accepted a bid from J.F. Allen Company, of Buckhannon, for the connector project.

The bid accepted was in the amount of $2,318,755.20 and included directional signals to be painted on the roadway.