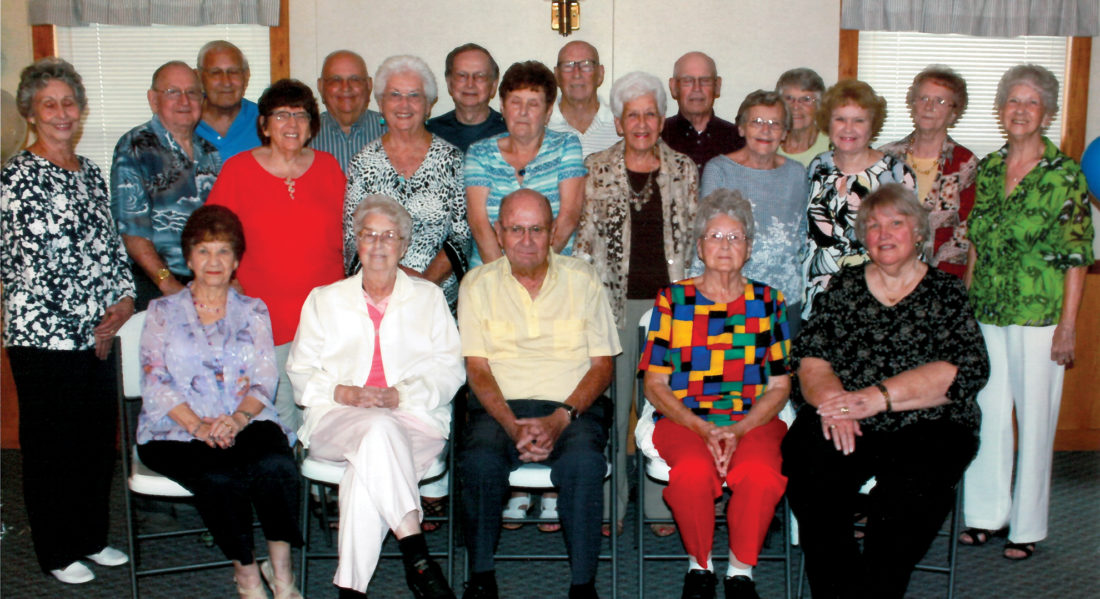 The evening began with a 5 p.m. social hour renewing old friendships and memories. The class picture was taken by Zachary Brown of Belington followed by dinner. Mildred Spencer gave the invocation.

Marvin Ware served as master of ceremonies and gave a warm welcome. He remembered deceased classmates in a brief memorial with a moment of silence. A candle remained lit throughout the evening.

Tommy Ramsey received a prize for sending the first reservation, and Janet Bradley for the last one received. Other door prizes were won by Howard Hill, Juanita Kyle, Marvin Ware, Gene Bonner and Pat Boyles for the memorial center piece. Each class member was presented with a honey bear jar of honey from Barbour County beekeeper Joyce Frey.

Arrangements for this final reunion were made by Patricia Boyles, Ruth Phillips and Shirley Campbell.