Langevin honored for service to youth 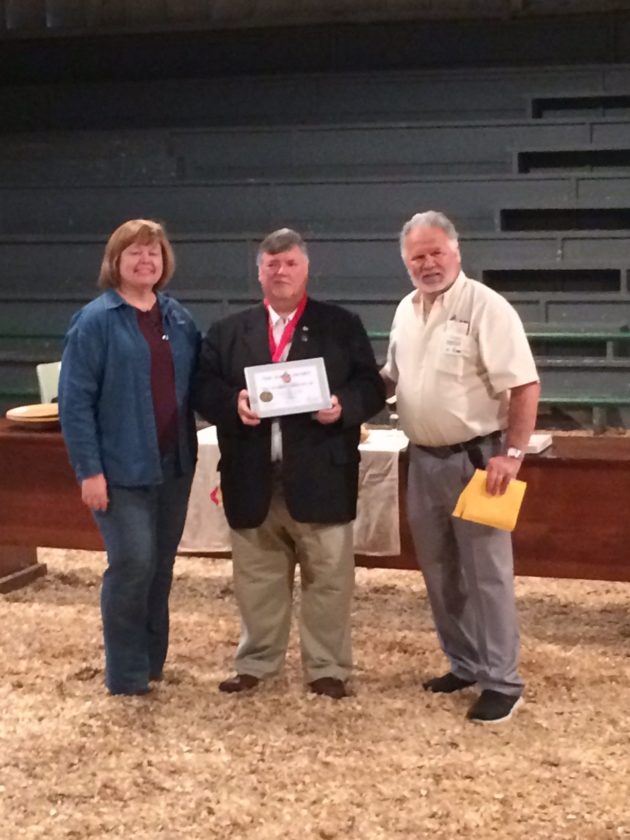 The Rev. Harold Langevin has been honored for giving unusual amounts of time and energy in dedicated service to children and youth.

The Torch Award is given through the General Commission of United Methodist Men’s Office of Civic Youth-Serving Agencies/Scouting. It recognizes adult leaders who have given exceptional service in the use and promotion of programs for youth.

Langevin has served as pastor of the United Methodist Church’s Belington Circuit, composed of five churches, since 2016. He previously pastored the Pruntytown/Fetterman Charge in Grafton, which is composed of two churches.

He currently serves as parish coordinator for the United Methodist Church’s Barbour County Parish and disaster relief liaison for the church’s MonValley District. He also is a member of the Barbour County Ministerial Association and serves on the Executive Committee of Heart and Hand Ministries.

In addition, Langevin is president of the Board of Directors of Helping Hand Clearing House, Elkins; serves as volunteer chaplain at the Davis Medical Center, Elkins; and is a member of the Elkins High School Alumni Association.

He is a graduate of Elkins High School, Fairmont State University and the Ohio Valley Course of Study-Methodist School of Theology.

Langevin is married to the former Donna Harker of Fairview. He has three children: Jon Langevin of Elkins, Erin Golden of Beverly and Chelsea Langevin of Beverly.