The Elkins High School Class of 1957 recently celebrated their 62nd graduation anniversary. The fun filled weekend in Elkins was enjoyed by 46 classmates and guests.

Activities began with a Friday night buffet dinner at the home of classmates Dale and Pauline Newlon. Dinner was followed by casual conversation and ended with a songfest lead by classmate Jim Mouse with his guitar. The Statler Brothers’ song “The Class of ’57” was sung and enjoyed.

Saturday evening’s events included a more formal dinner at the IOOF Lodge with food served by Lodge members who also catered Friday’s meal. Activities included a memorial service for classmates lost in the past two years, a group photo taken by Foto One, followed by door prizes including several joke awards to enrich the laughter.

A Sunday morning brunch at Steer Steakhouse concluded the weekend. Plans were started to have the next reunion in one year.

The EHS Class of 1957 would like to thank the generous individuals and businesses in our community who donated door prizes and favors to make the reunion special, including Davis Trust Company, Citizens Bank of West Virginia, Huntington Bank and Newlon’s International. 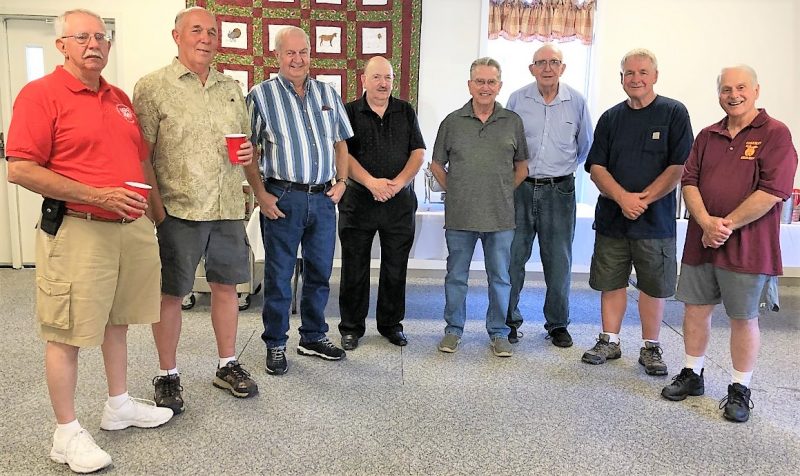