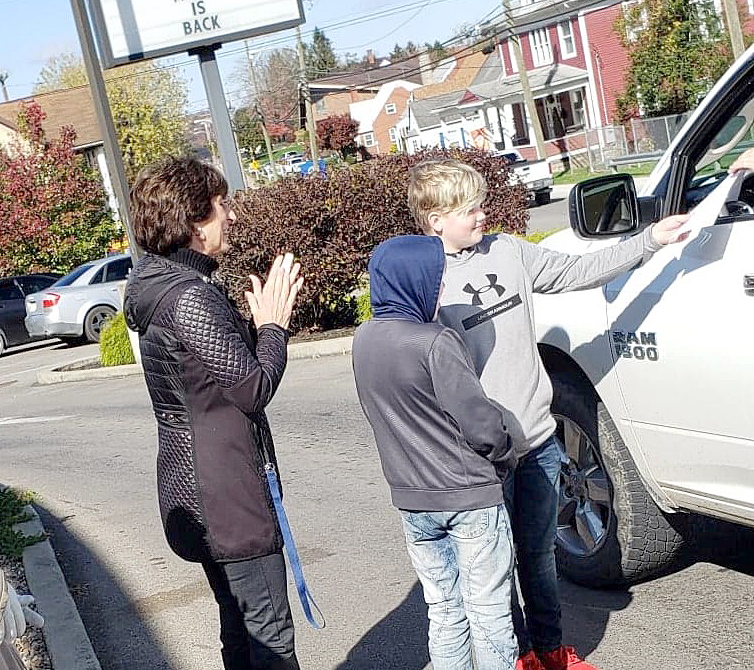 Submitted photo On Nov. 3, members of the The Holy Rosary Catholic Church Youth Group paid for meals as part of a social experiment.

BUCKHANNON — Teenagers and generosity? Sounds like an oxymoron, doesn’t it? The Holy Rosary Catholic Church Youth Group has a different perspective on that subject.

On Sunday, Nov. 3, 11 youth group members from the church on Franklin Street took a field trip to the Buckhannon McDonald’s to conduct a social experiment, “Pay It Forward.”

“We wanted to gauge the generosity of people in our area and to get their reactions to the kindness of strangers,” stated Mary Hendricks, youth group leader. “We paid for the meals ordered at the drive-thru by random people, selected by our youth and the McDonald’s staff.

“Then we interviewed the customers who received their free meal, asking how they felt about the surprise gift, and asking if they paid it forward by paying for the customer in line behind them.”

The kids gave each participant a flyer that thanked them and explained the project. Those interviewed about getting a free meal made these comments: “I wasn’t expecting that;” “I’ve never heard of ‘Paying It Forward’ before;” “What a nice thing to do! I paid for the car behind me;” “This was a great surprise, thanks.”

In all, the teenagers paid for about 20 meals, and about half of those who received meals paid for the stranger in line behind them.