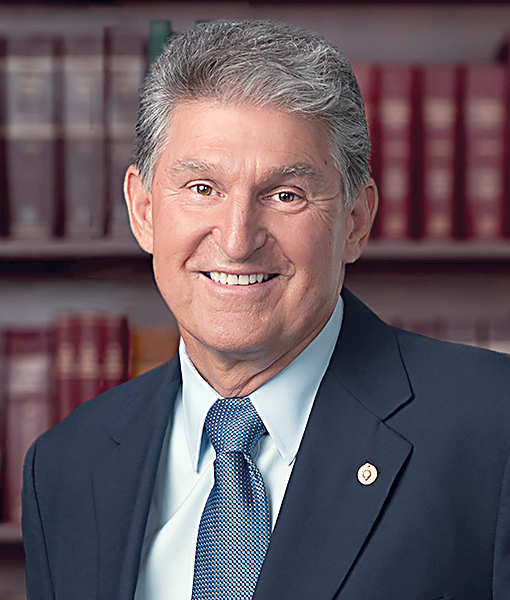 “West Virginia has a rich cultural history and at the core of that is our deep appreciation for the natural wonders we are blessed with,” Manchin said. “Our little state is as wild as it is wonderful and we take great pride in our access to the great outdoors.

“I’m proud to have worked with my colleagues on both sides of the aisle to finally permanently reauthorize LWCF so our land management agencies can operate fully and without the fear of losing access to the funding they rely on. The Appalachian Forest Heritage Area is a treasure in Randolph County and this national designation is long overdue,” Manchin added.

“By reauthorizing the Land and Water Conservation Fund, this bill supports West Virginia’s heritage and outdoor recreation economy and keeps faith with the important idea that America’s outdoors and public lands are part of who we are as a nation,” said Angie Rosser, executive director of West Virginia Rivers.

LWCF is a conservation tool that ensures states and federal public land management agencies are able to protect and conserve our natural resources without relying on taxpayer dollars. In West Virginia, LWCF funded the acquisitions of the Gauley River National Recreation Area, New River Gorge National River and Dolly Sods. Since 1965, more than $243 million in LWCF funds have been spent in West Virginia on more than 500 projects, both on state and federal lands.

This includes improvements to local parks and public spaces in 54 of West Virginia’s 55 counties.

National Heritage Areas are designated by Congress as places where natural, cultural, and historic resources combine to form a cohesive, nationally important landscape. The Appalachian Forest National Heritage Area has been operating as an ad hoc NHA for more than a decade. By providing the official NHA designation, the Appalachian Forest Heritage Area can earn the national recognition it deserves, and is now also eligible for grants and technical assistance from the National Park Service. This will take their programmatic efforts and other services they provide to the region to the next level.