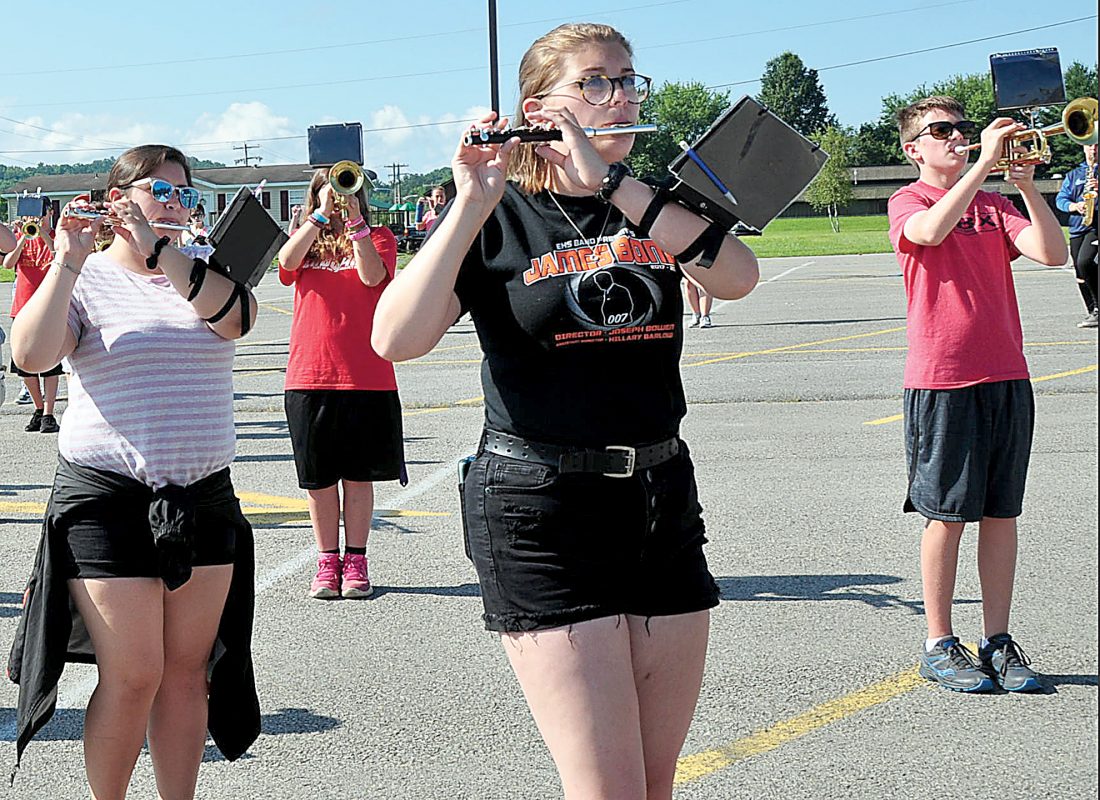 The Inter-Mountain photos by Brooke Hinzman The Elkins High School Band practices during band camp on Wednesday. The band will host its first performance at the annual Corn Roast on Aug. 24.

ELKINS– Band camp is well under way at Elkins High School under the guidance of a new band director.

Newly hired EHS Band Director Seth Blake graduated from West Virginia Wesleyan College in December 2017 with a degree in music education. During his time at WVWC, he participated in a multitude of music ensembles, including marching band under the direction of Logan Lindsey, concert band, jazz ensemble and choir.

“While I was finishing up my degree, I was fortunate enough to do a teacher-in-residence program with Midland Elementary where I’ve taught general music for the last few years,” Blake said. “I think that really shaped me as an educator. It helped me make sure I had the skills that I needed to take on a big undertaking like leading the band.”

Blake credits his desire to pursue music education to the instruction he’s received.

“I had some fantastic music educators throughout my time in school. One very notable one was Felicia Burger-Westfall from when I was in elementary school; she kind of ignited a passion for music. I had a great middle school band director, Andy Scott,” he said. “My high school band director Danny Williams made me realize that band was the direction I wanted to go — that pursuing a career in music that I wanted to go.” 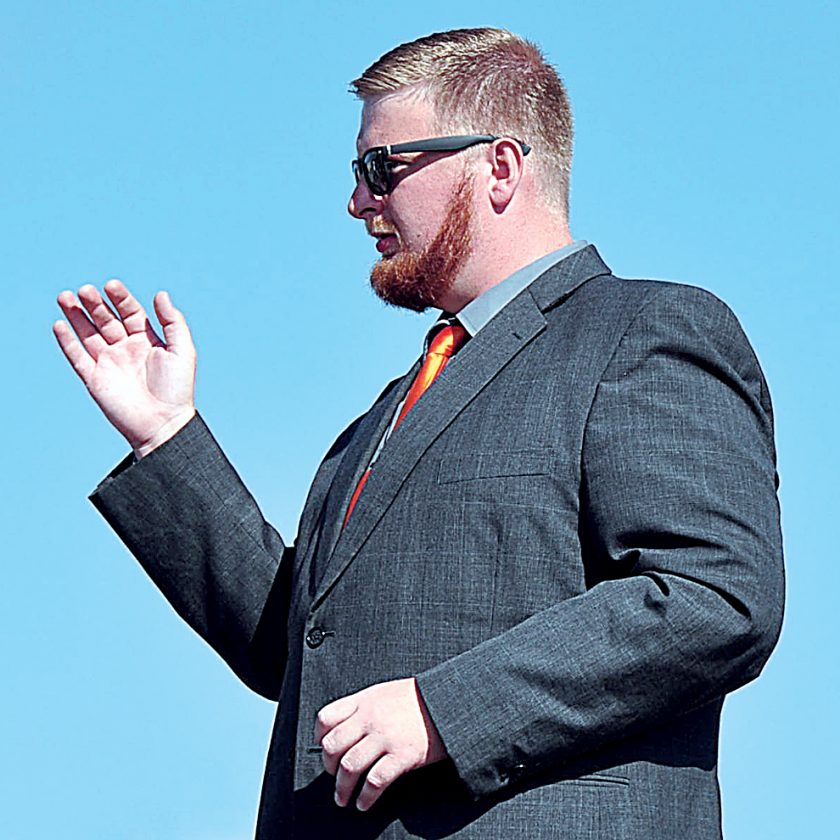 Blake is very excited for the opportunity to direct the band and recognizes that his students are working hard to achieve continued improvement.

“As a young guy, it was a little bit of a surprise to be offered an opportunity like this, but I’m incredibly excited,” he said. “I don’t think I could have a better group of kids to work with.

“They’re a determined group; they’re a fun group, and working and making music with them is what I love to do. I’m very excited to get to do this– not just in the short-term but for many years to come.”

Blake said band camp at EHS has gone well, and he is excited about the progress the group has made over the last few weeks.

“They have been an incredibly well-behaved and well-disciplined group. They’re working very hard for long hours. Musically, they’re sounding great, and our momentum is amazing. They’re pushing forward. They’re making that commitment to take that next step every time, and it’s awesome,” he said.

“My goals for the band are to continue the great tradition that exists within the Elkins band community. There’s an awesome network of alumni that exists in the band. People love the band because it’s been impactful to so many people. I want to continue that great legacy as well as build traditions of our own and let the students that are here now not just be part of the legacy– but build on the legacy.”

Blake believes that achieving these goals will begin with a having a student-centered ensemble.

He hopes that being in the band will allow his students to feel as though they play an important role in something bigger than themselves.

“I want them to feel like they have a special part in the band and in the community. I want them to feel like what they have to do matters because it does. They’re valued; they’re important. Everybody has a role to play, and I think that’s one of the beautiful things about band,” he said. “If somebody doesn’t fulfill their role, everybody knows, and it gives them that opportunity to discipline themselves to make sure that they’re doing what they need to do. It builds leadership, character and integrity.”

With all the work that his students continue to put into their music, Blake believes they’re giving the community something to be proud of.

“What they’re doing is amazing, and to have 93 teenagers in a room together all with the same purpose– to put on the best musical performance they can– is something really special, and I think that the community can have an opportunity to feel that. So, come out. Come to the football games and our competitions, and I think that we will make you very proud,” said Blake.

“Music is a lot bigger than just notes on a page; it really has the power to take care of people and make them feel like they’re a part of something bigger.”

The band will be travelling to Walt Disney World in March, which compliments its 2019 field show, which will be showcasing pieces from Disney films like Moana, The Incredibles and The Avengers.

The Elkins High School Band will hold its first official performance at their annual Corn Roast on Aug. 24.