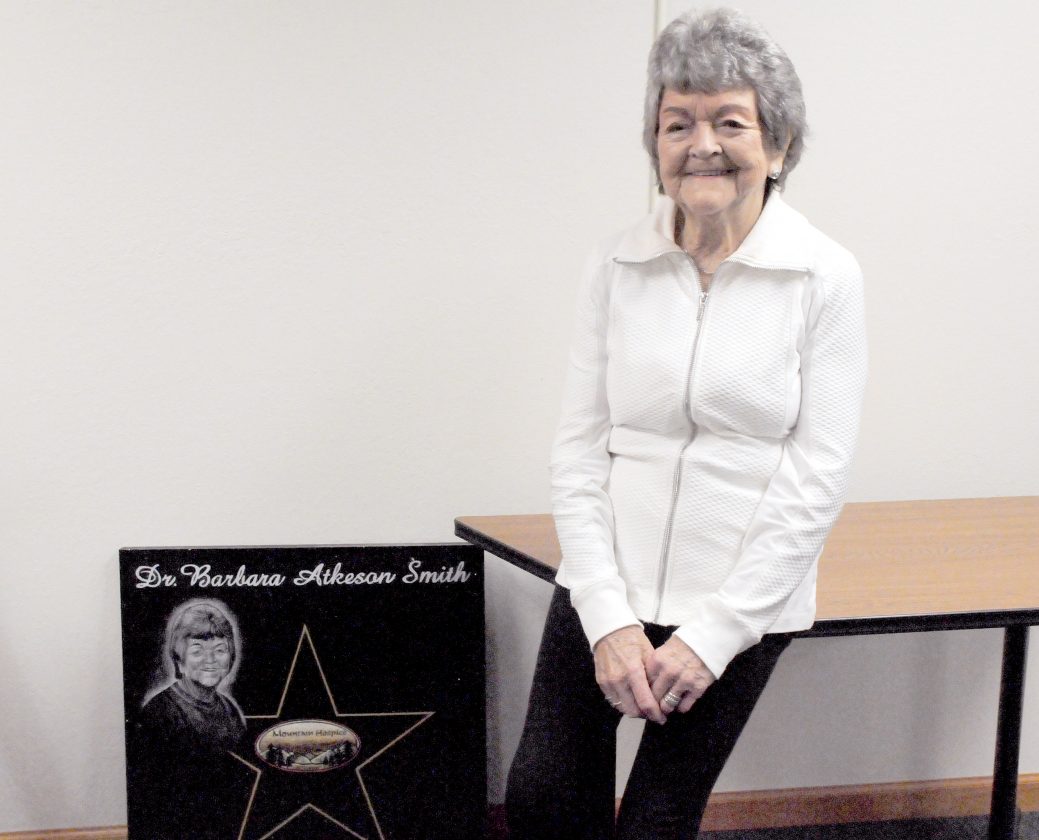 The Inter-Mountain photo by Haley Gordon Barbara Smith is the cofounder of Mountain Hospice, Inc.

PHILIPPI — Barbour County native Barbara Smith, the cofounder of Mountain Hospice, Inc., has been honored by the National Hospice and Palliative Care Organization with the Organizational Support Award.

“On behalf of NHPCO, our membership, and the patients and families served, I want to thank … Barbara … for (her) service and commitment to the hospice mission,” said NHPCO President and CEO, Edo Banach. “I have met many hospice volunteers in my travels across the country and I am always moved by their dedication, selflessness and passion.”

Smith recently spoke with The Inter Mountain about her award and years of work.

“It started in 1989,” she said. “The minister of the Philippi Baptist Church (…) was interested in hospice and my father was dying at that time and we really needed hospice.”

Dick Hepler was the minister of the church at that time, and along with Smith and three other volunteers, they began the paperwork and funding needed to begin a hospice care organization. Smith spent the better part of two and a half years organizing the proper paperwork to get their idea off the ground.

“We started with two patients and a part-time nurse, who was Dorothy Hayhurst,” said Smith. The volunteers worked out of donated space from Alderson Broaddus Hospital, she said.

“Actually, we began by passing a hat,” said Smith when asked about acquiring the funds for this project. “We asked for a public meeting in the auditorium of Broaddus Hospital and we literally passed a hat to get started.”

When the paperwork was finished, and Mountain Hospice Inc. had been established, Smith began providing direct volunteer care to patients.

“I’ve been in many, many homes taking care of the patients or providing respite for the family so that they can get away,” she said.

Smith said the most challenging part of hospice care is not being able to do more for the patients.

“It’s difficult when we have young people,” she said.

On the other hand, the most rewarding part of the job is the gratitude received.

“The patients and their families and friends are so grateful for the attention that they get,” she said.

Currently, Smith serves on the Board of Directors for Mountain Hospice Inc.

Smith retired from Alderson Broaddus University in Philippi, after 36 years, starting as an instructor and advancing to become Chair of the Division of the Humanities and Professor of Literature and Writing. Smith has published more than 400 poems and short stories and has written some 20 books of poetry, nonfiction and fiction.