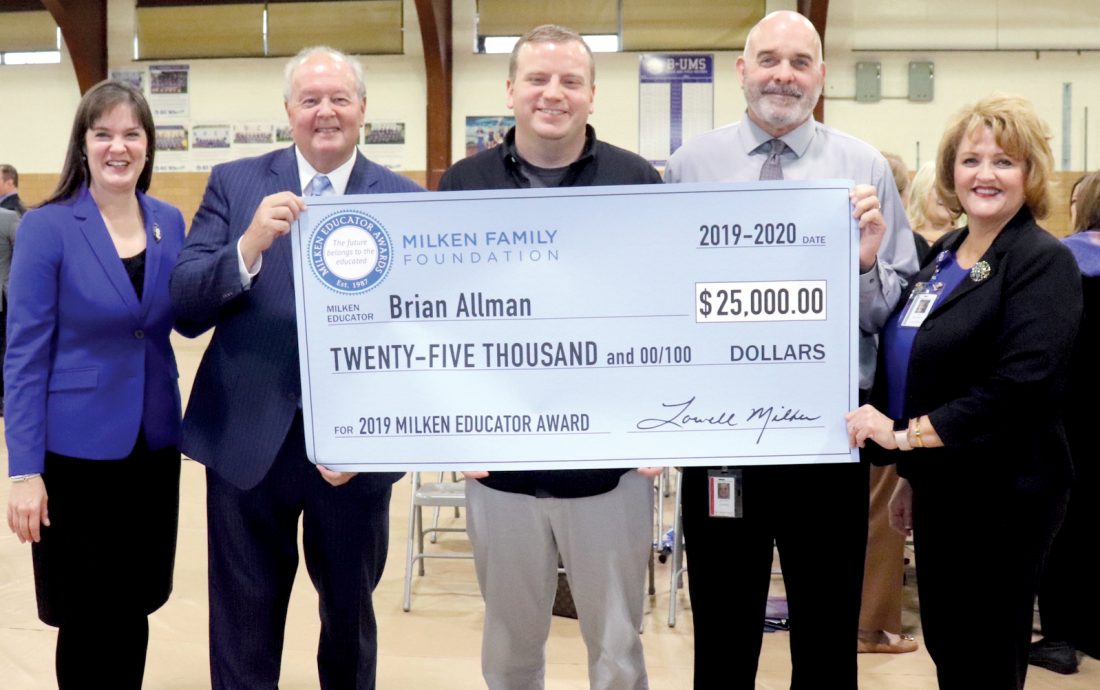 TENNERTON — From simulating mustard gas to show students what soldiers experienced in World War I, setting up an assembly line to teach about the Industrial Revolution, reviving the school’s social studies fair and much more, West Virginia’s 2019-20 Milken Educator engages students in learning in creative ways.

Brian Allman, a sixth-grade social studies teacher at Buckhannon-Upshur Middle School, has made the school his teaching home for all of his education career.

“I love this school,” he said. “I student-taught here in 2007. Middle school is such a challenging time. Some people think I am crazy for loving middle school. We get them right as they are transitioning out of elementary school from fifth grade to sixth grade. So much is changing in their lives. I just feel like it it is really a great place for me because I can be that type of role model for those kids as they transition and are growing up. They need someone to be there. I hope I can fill that role for a lot of my students.”

The announcement Thursday was kept a surprise and Allman was sitting on the bleachers with his students when his name was announced as the winner.

Exchanging high-fives with students, Allman made his way down the stairs and over to Dr. Candice McQueen, National Institute for Excellence in Teaching CEO, who announced the award.

Allman earned his undergraduate degree from West Virginia Wesleyan College in 2007 and a master’s degree in educational leadership from Marshall University in 2015.

He said he is thinking about returning to college to pursue a doctorate and the $25,000 award would make that easier.

“I’m sure this would maybe be a little push in that direction so I am happy about that,” he said. “I would like to travel and do that type of thing.”

But Allman said his students are always at the top of the list.

“There’s so much that they need and I love my job and I just want to make sure they get everything they need to have,” he said.

Allman is the West Virginia recipient of the award

Michael Lynch is in his first year as principal at Buckhannon-Upshur Middle School.

“He’s a good teacher,” Lynch said of Allman. “I don’t think he has missed a day since I have been here and he really relates well to the kids. You can see from the reception he is well-liked and he does a great job. He is always willing to do extra and volunteer to help with things that might be a little extra time. He is dependable. It’s great working with him.”

Lynch said it was difficult to keep the surprise.

“Everybody had guesses and was nervous,” he said. “I kept trying to tell them it was a good thing and that something good was going to happen.”

The assembly started out with a recognition for students who were doing well in the ICU program by turning in all their assignments.

“It is important and we will continue to recognize them with trying to get the students to get their assignments completed,” he said. “We are going to do more of these kind of things.” 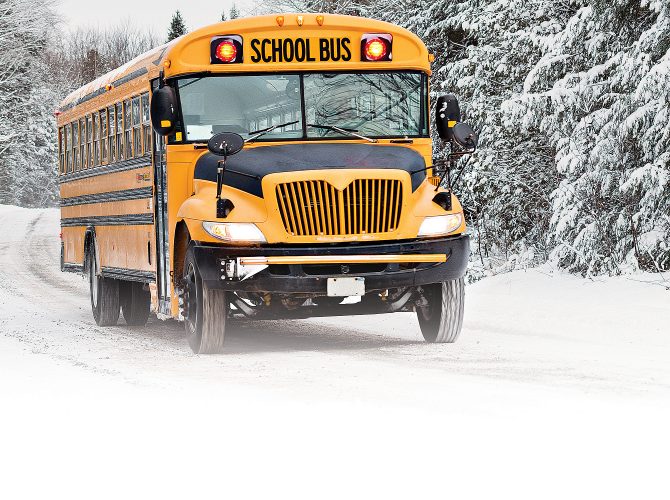