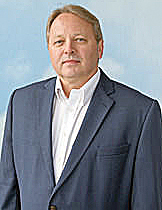 CHARLESTON — An effort to shift away from legal advertisements in newspapers to a centralized state website hit a snag Monday after lawmakers raised numerous questions.

The House Judiciary Committee voted Monday to put House Bill 4025 in a subcommittee to work out issues with the legislation.

In an amendment to the bill adopted by the subcommittee Monday afternoon, advertisers would be required to place legal advertisements in a qualifying newspaper and the new state website starting Jan. 1, 2021, for the required amount of time. After Jan. 1, 2023, advertisers would have the choice to place legal advertisements in newspapers for one week as long they put the ads on the new state website.

Delegate Chad Lovejoy, D-Cabell, spoke against the amendment, calling it a delay of an already bad bill. Lovejoy, who also represents part of Wayne County, said much of his district struggles with dependable internet access. 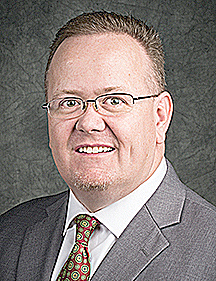 “What we have not changed, in my view, is the effectiveness of notice to the citizens,” Lovejoy said. “It’s a good policy to move in that direction toward technology, but unfortunately we are not there yet.”

“This bill reduces public notice. The newspaper notification is notification presented to the public in their community to the people that matter,” Smith said. “A newspaper publication is disseminated in the community and people see it.”

The bill’s lead sponsor, Delegate Brandon Steele, R-Raleigh, disagreed, saying that the bill will make it easier for the public to see legal advertisements and save taxpayer dollars.

“The simultaneous internet publication is going to reach five times the people that your newspapers reach,” Steele said to Smith. “Your newspapers are not free and people have to have a subscription or they have to buy them from a vendor. It’s not like you’re putting the notice on everybody’s door. People are paying for the newspaper.”

“They’re willing to pay for the newspaper,” Smith said “It’s the No. 1 news source in these communities and it is shared. Readership is greater than circulation. I think that’s one of the key things.”

The bill stems from a Dec. 16 study by the Legislative Auditor’s Office that claims city, county and state governments would save money by summitting legal advertisements to a centralized free website managed by the state, as well as give West Virginian’s more access to legal advertisements.

The bill also appears to stem from a feud between Steele and his local newspaper. Steele commented on post by a conservative Facebook page Dec. 22 calling for ending newspaper-based legal advertisements. Steele criticized the Beckley Register-Herald, a daily newspaper serving his district, for attacking Republicans.

“The Register-Herald makes over a million dollars a year off your tax dollars and they utilize that money to attack politicians they disagree with and support politicians to push a liberal agenda like they did in 2016 by supporting and endorsing Hillary Clinton,” Steele wrote in December.

According to state code, legal advertisements are notices, statements, information or other matters required by law or court to be published. Legal advertisements are published in qualified newspapers – papers that meet statutory requirements for circulation and frequency of publication. According to the West Virginia Secretary of State’s Office, there are 72 daily and weekly newspapers considered qualified newspapers, with all 55 counties being represented by at least one newspaper.

The December study claimed that physical circulation for daily newspapers, not including traffic to newspaper websites, dropped by 50 percent between fiscal years 2002 and 2019. Total qualified newspaper circulation, including daily and weekly newspapers, as well as Saturday and Sunday papers, declined by 34 percent over the same period.

That same study went on to claim that a survey of all 55 county commissioners and school boards, 19 higher education institutions, 22 state agencies and the 10 largest cities in the state found that $4.6 million was spent by these governments on legal advertisements.

Smith warned committee members that limiting the number of times legal advertisements run in papers in exchange for a state online database would actually make legal advertisements less accessible to the public, particularly in places with limited access to high-speed internet. According to the FCC, 27 percent of the state’s population are underserved when it comes to broadband internet, ranking as the 46th most connected state.

“I’ve spoken to county commissioners…that not just small areas of their county, but large areas in their counties don’t have internet,” Smith said. “I’ve been in Kanawha County and the Charleston area and have had difficulty if not accessing the internet, actually using the internet and we’re in the state Capitol.”

“Nothing in this bill would prohibit a county or municipality from continuing that practice (of publishing legal advertisements) if they wanted to continue to be revenue positive,” asked Delegate Moore Capito, R-Kanawha.

“That’s correct, and one of the scariest parts of this bill,” Smith said. “You give, in a sense, an option to legal notice. It’s a disservice to the public who think they are seeing legals because you did it one way one day and the next day you didn’t.”