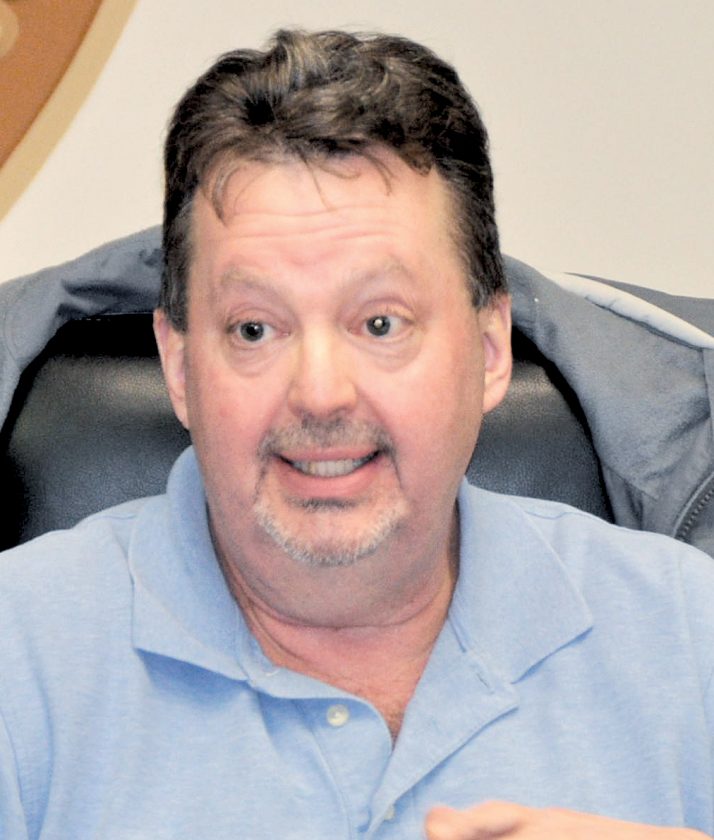 “The entire project is an obstruction removal project mandated by the FAA and to do that, they have said we have to complete an environmental assessment,” said Craig Hyre, president of the Elkins-Randolph County Airport Authority.

Over 28 acres of trees will need clear cut or trimmed near runways 5 and 23, and the environmental assessment is step one of that project.

Defibaugh stated that the two desired outcomes from this project will be to maintain the current length of the runway available and to increase safety “both in the air and on the ground for everybody.”

The Airport Authority invited concerned members of the public to make comments at during the hearing, which will be compiled and sent to the FAA. The FAA will then decide, based on the current environmental assessment draft and complaints of constituents, if the project will be allowed.

Bonnie Branciaroli of Pegasus Farm Campground was the first to voice her concerns.

“Is it worth the taking a devaluation of private property now for projects that may be 10, 20, 30 years down the road? That’s one concern that we have as Pegasus Farm Campground,” she said.

“We have lived next to the Elkins airport for 30 years and within that 30 year period, we have found that the airport has always been underutilized, very much underutilized,” said Branciaroli. “Mark (Branciaroli) and I sat down this morning and tried to figure out how in the world you came up with 8,560 total operations for 2019. We decided to run some numbers and unless you’re counting local touch and go’s and maybe helicopter fill ups, if you divide that number out to a per day usage rate, that rate would be 23.6 airplanes and helicopters taking off and landing per day. We’ve never seen that, ever. There has never been that much traffic in the 30 years that we’ve been there.”

Branciaroli requested more information about project timings, compensation for loss of income due to destruction and assurance that the Airport Authority will cut or trim trees according to private property standards and “clean up accordingly.”

“Furthermore, let it be known that we were never contacted in any form. No phone call, no letter and no email about this project and how it would impact our property. We found out through a neighbor one week ago,” she said

Bud Cupp, a local farmer, also voiced his displeasure with the project.

“I’ve been in this country and run the maple grove up there for 70 or 60 years and here you’re going to take over the place and you haven’t even approached me about what you might give for the farm. I kind of resent that,” he said.

“The poor people are Randolph county; the farmers and the timberers, the coal miners pay for these taxes,” he said “Just what gives you the authority to think you can take somebody’s property for something that doesn’t take care of very few people?”

All comments were gathered to be sent to the FAA along with the draft of the environmental assessment. Those in attendance were also encouraged to send written comments to either the Airport Authority or the FAA. Comments must be postmarked by Feb. 23.