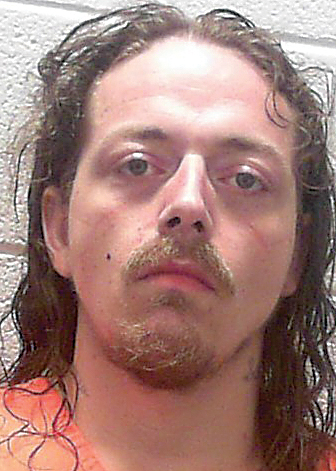 ELKINS — An Elkins man is behind bars for allegedly stealing a flashlight from Walgreens on Wednesday.

“Caller advised that the shoplifter was wearing a leather jacket and had a pony tail,” Tice writes in the complaint. “Upon arrival, I located a male identified as Russell Crites matching that description outside the store getting onto a bicycle.”

Tice asked Crites to stay and explained to him why he was called to the scene. Tice then spoke to a manager inside the store who stated Crites had stolen a flashlight.

According to the complaint, Crites admitted to having a new flashlight that he allegedly got from a friend the night before in his bag outside with his bike.

“On the way out of the store to his bike he also stated the he had just removed that flashlight from inside the bag,” it states in the complaint. “When I got to his bike there was flashlight, brand new, and still in the packaging lying next to his bag. This light was identified by the store worker as one of their lights and the light stolen from the store.”

The complaint states that the light was returned the store and a receipt was obtained showing the flashlight cost $9.99

Crites was arraigned by Magistrate George Riggleman and is being held in the Tygart Valley Regional Jail on a $10,000 cash or surety bond. If found guilty for third offense shoplifting, Crites faces a fine of $500 to $5,000 and one to 10 years in prison.