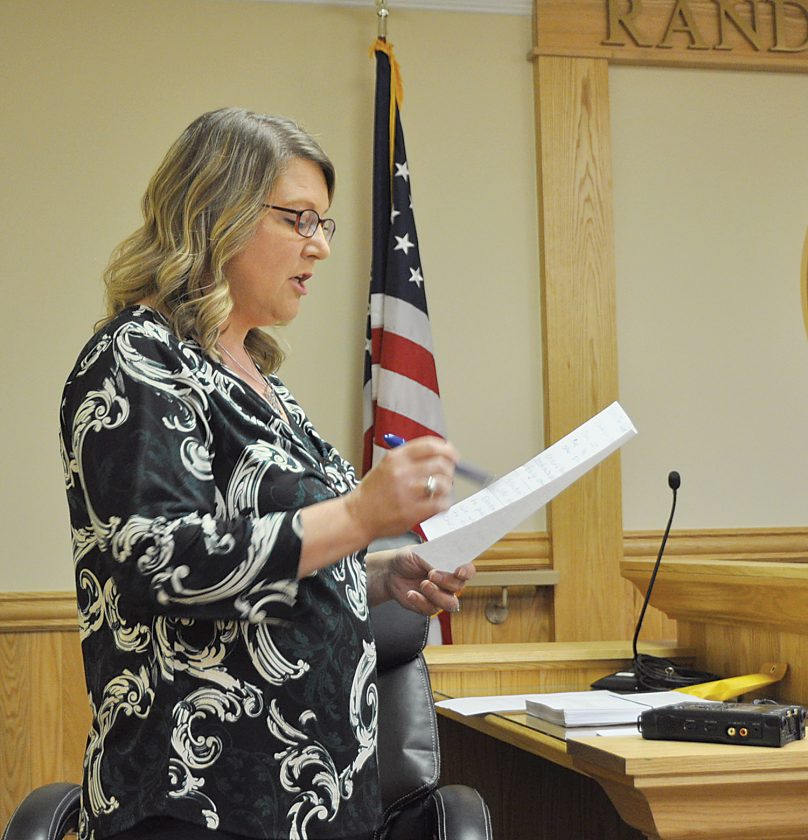 As of Thursday morning, 3,804 Randolph County residents had requested absentee ballots and 2,820 have been returned, Wiseman said. A total of 2,288 of the requested ballots were for registered Democrats, 946 were for Republicans and 570 were sent out to voters registered as Independent.

Independent voters were also given the choice to request a Republican or Democrat ballot at their discretion. The deadline to return the absentee ballots is June 15.

“The (absentee) ballots are being entered into the machines right now. The ones that come after election day I’ll have to bring with me to the canvas,” said Wiseman. “We have teams; a Democrat and a Republican or a Democrat and an Independent or a Republican and an Independent. I have four machines over there and we have groups sitting at those machines entering those ballots in. One reads the ballot off, one enters it in and so forth. They’ve been working evenings and weekends getting all of those in.”

Early voting, the alternative to requesting an absentee ballot or voting on election day, will end on Saturday, June 6 at 5 p.m. In Randolph County, citizens can vote early at the Weese Annex of the Randolph County Courthouse or the Russel Memorial Public Library in Mill Creek.

“We don’t have as many voters as we normally do because a lot of people did the absentee ballots this time because of COVID,” said Wiseman. “As of this morning, when I checked my report, we’ve had 914 early voters so far. That’s not too bad under the circumstances.”

For those individuals who had requested an absentee ballot but now would like to vote in person, Wiseman advises them to “bring back your unvoted absentee ballot to the voting place and they can spoil it, then you can vote there.”

On Election Day, Tuesday June 9, all 27 Randolph County precincts will be open for voting. Poll workers will be wearing masks and gloves while hand sanitizer and fresh pencils will be offered to voters to keep their hands clean at the machines.

“We’re trying to do everything we can to keep everybody safe,” Wiseman said.

After the polls close on Tuesday, Wiseman and other essential courthouse employees will deliver results to interested parties as they wait on the lawn or in their cars.

“If you want to bring your chair and sit on the lawn, that’s fine. We’re going to try to read the results but I don’t know if we’re going to be able to hear,” she said. “We’ll make sure that people get the results on election night. We just don’t want a big crowd of people in the courtroom.”

Also at Thursday’s meeting, Commissioners voted to accept Suttle and Stalnaker CPA as the accounting firm that will perform the Randolph County Commission audit for the 2019 and 2020 fiscal years.

The next commission meeting will take place on Thursday, June 18 at 1:30 p.m.