ELKINS — Officials confirmed to The Inter-Mountain Tuesday that the extremely popular Polar Express holiday excursion train will not run through the Elkins Depot this year, making the second straight holiday season without the tourist attraction.

“It has everything to do with COVID,” John Smith, president of the Durbin & Greenbrier Valley Railroad, told The Inter-Mountain Tuesday. “The Polar Express is very up close and personal with children and it would be a disaster to try and put 280 people on that train for an hour and a half with the coronavirus going out of control again.”

In Randolph County alone, active COVID-19 cases have gone from zero on July 12 to 82 reported Monday by the Elkins-Randolph County Health Department.

“We were definitely planning on having (the Polar Express) this winter,” Smith said. “But as long as a majority of the people are not vaccinated, and a large number of them are relaxed and letting their guard down, it just seems like it’s going to spread more. So we’re just looking at a scenario where we would be remiss if we were the cause of an increase of those getting infected, especially among young people.”

With the case numbers changing so rapidly and unpredictably, Smith said it’s getting harder to schedule any special events.

“It’s impossible to plan,” he said. “It’s just becoming more and more difficult to make any plans. But we are probably going to run the Tygart Flyer a few more weeks into the fall and do some winter trips out of Elkins down to the Tygart Junction after the first of the year.”

This is the second straight year the pandemic has forced the cancellation of the Polar Express, an excursion train ride based on the holiday feature film starring Tom Hanks and the beloved children’s book by Chris Van Allsburg.

The story is about a doubting boy who takes a train ride to the North Pole on Christmas Eve. In the past, Durbin & Greenbrier Valley Railroad staff and volunteers have brought the story to life the sounds of the motion picture soundtrack, with passengers wearing pajamas just like in the movie.

During the journey, a conductor punches tickets and dancing chefs — portrayed by actors from Elkins’ Old Brick Playhouse — serve hot chocolate, followed by a reading of Van Allsburg’s classic. At one point Santa Claus boards the train and greets the children with a gift of a silver sleigh bell for those who truly believe.

In 2019, the Randolph County Commission said the Polar Express had attracted 80,000 visitors since its inception. It was reported in 2018 that 16,000 visitors came to Elkins to ride the train during the holiday season.

The debut of the Polar Express running from the Elkins Depot was in 2011. 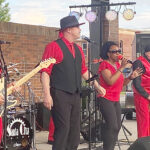 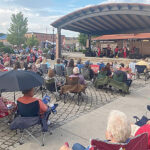 Fourth of July Weekend in Elkins

Williams to lie in honor at U.S. capitol 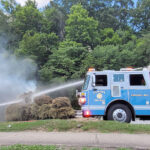