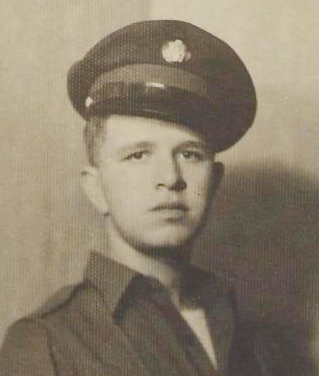 Cpl. Jackey D. Blosser, 21, of Pickens, was born Aug. 31, 1929, in Parsons, and was the son of the late William Henry Blosser and Minnie Edna (Schoonover) Blosser of Montrose. He was the 11th of 14 children.

He is survived by one sister, Bonnie Shingleton of Flat Rock, Michigan, and numerous nieces and nephews.

CPL Blosser entered the U.S. Army Sept. 14, 1948 and served with Company D, 1st Battalion, 32nd Infantry Regiment, 7th Infantry Division. He went missing in action on Dec. 2, 1950, after Chinese Communist Forces (CCF) attacked his unit during their withdrawal from the Pungnyuri Inlet to Hagaruri, North Korea, during the Battle of the Chosin Reservoir. The exact details of his loss are unknown. In 2018, the North Korean government turned over 55 boxes containing the remains of U.S. service members, including one that contained remains reportedly recovered from Sinhungri in the South Hamgyong Province of North Korea, near where Cpl. Blosser went missing. U.S. analysts with the Defense POW/MIA Accounting Agency (DPAA) used laboratory analyses and circumstantial evidence to identify Cpl. Blosser from among these collective remains, and his family was notified on Nov. 12, 2019.

In lieu of flowers, contributions can be made to the Defense POW/MIA Accounting Agency by logging onto: https://www.dpaa.mil/Contact/Donate-to-the-Mission/ Contributions assist the DPAA as they continue to recover and identify service members missing from World Wars I and II, Korea, and Vietnam.

Do to the COVID-19 guidelines, a private funeral service will be held at the Calvary Baptist Church in Grafton on Friday, July 31, from 8 – 9:30 a.m. with Army Chaplin Joe Ward officiating.

Interment will follow at the West Virginia National Cemetery in Grafton at 10 a.m. Military honors will be conducted by the US Army Honor Guard from Camp Dawson.