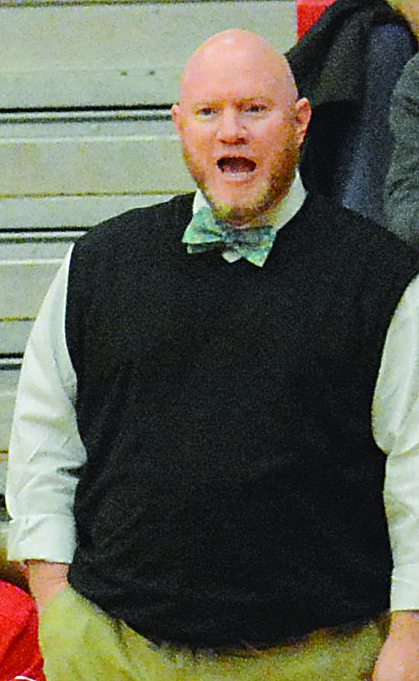 ELKINS — Jason Asbell enters his 12th season as the head coach of the Davis & Elkins College women’s basketball team in 2019-20.

Asbell, the second winningest coach in program history, will look to rebounding specialist Jamiyah Johnson and senior Jay Kilpatrick to lead the Lady Senators into their first year of competing in the Mountain East Conference.

Johnson, a junior, ranked second in the G-MAC in rebounding last season with 7.9 boards per outing and was first in offensive rebounds (3.4 pg).

Kilpatrick, meanwhile, is the lone senior on the D&E roster. She started 22 games last season, averaging 7.9 points and 2.4 rebounds per outing.

Nestor averaged nearly 6 points per game as a freshman, while Roth drained 20 3-pointers.

D&E will begin the season with a stern test at Indiana (Pa.) at 3 p.m. Saturday as part of the PSAC-MEC Challenge.

The Lady Senators will then meet Mansfield at 6 p.m. on Sunday.

One of the most decorated basketball players ever to come out of the Mountain State, the Martinsburg native was a standout at the University Maryland, played for Team USA in the 1988 and 1992 Olympic Games and was a star in the WNBA.

Bullett’s 2019-20 Lady Bobcat squad will be inexperienced as only one starter, Nicole Gilyard, returns. Gilyard, a senior forward, was an All-MEC honorable mention selection last season.

Five freshman are expected to be in the mix for playing time immediately. They include Fairmont Senior product Courtney Wilfong, a guard, Imani Jackson and Cierra Tolbert, the daughter of former Indiana standout and NBA player Ray Tolbert.

West Virginia Wesleyan will get the season underway at 5 p.m. Saturday against Mansfield at Indiana University (Pa.) as part of the PSAC-MEC Challenge. The Lady Bobcats will then battle host IUP on Sunday.

PHILIPPI – The Lady Battlers look to increase their win total in 2019-20 with leading scorer Jeana Weatherspoon back.

Weatherspoon, a sophomore hit for 9.4 points per game last season and also led AB in rebounding with 5.9 per contest. She was second in blocks and fourth in steals as well.

Yolanda Florido also returns after leading the squad in assists with 37 and averaging 6.7 points per game as a freshman.

A pair of transfers are expected to contribute as well.

Hannah Henderson comes to Philippi from Grambling State, while Carissa Spiker is a transfer from the University of Texas-Tyler.

The Lady Battlers will begin the season Friday against the University of Indianapolis at Lake Superior State University (Mich.).