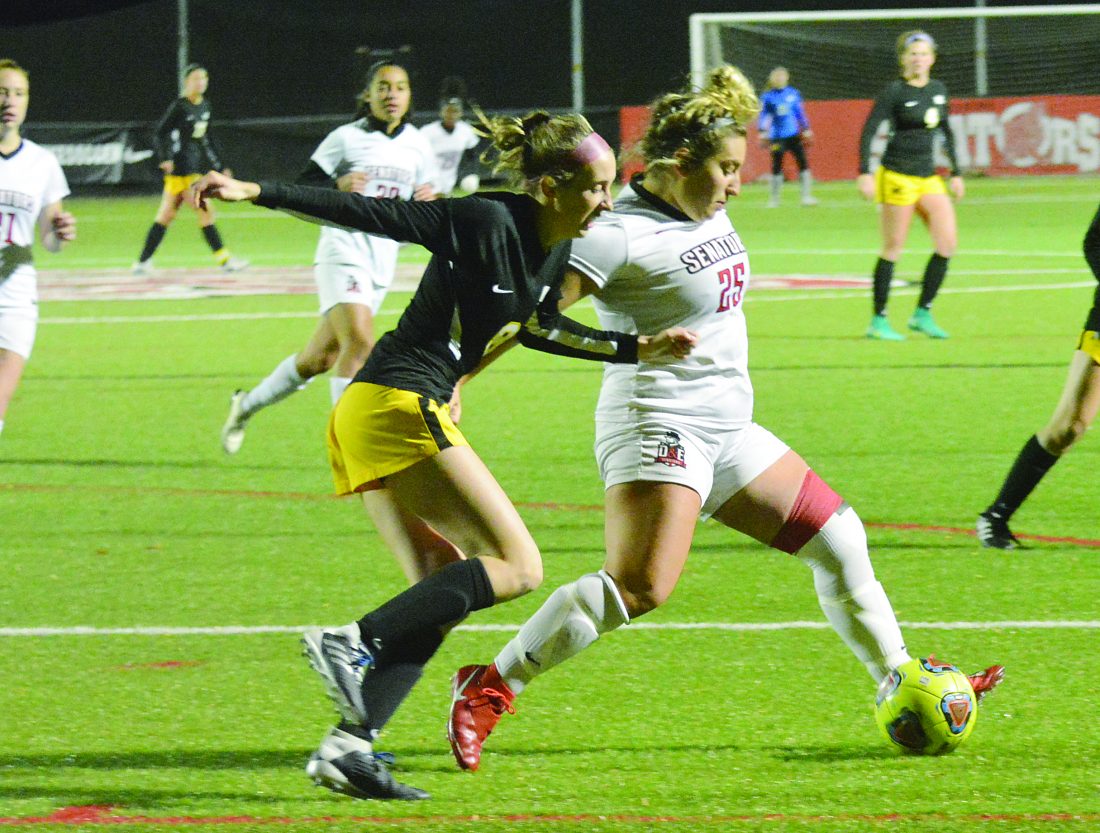 ELKINS — Fresh off a 4-3 overtime victory against Wheeling in its final road game of the season this past weekend, the Davis & Elkins women’s soccer team was hoping to close out the regular season on a high note with both contests this week being played on home turf.

But West Liberty had other things in mind and used a strong defensive effort in posting a 2-0 shutout victory over the Lady Senators Wednesday night in Mountain East Conference action on Nuttall Field.

The Lady Hilltoppers (4-9-4, 4-6-4 MEC) jumped out to a 1-0 lead just 42 seconds into the match when Nicole Lolua took a long pass up the middle from teammate Claire Kelly and scored on the left side of the box.

Neither team could find the back of the net for the remainder of the half and West Liberty carried the one-goal advantage into the half.

Both defenses remained steady for most of the second half and it wasn’t until the 78:56 mark when the Lady Hilltoppers iced the win when Alyssa Rhinaman banged in a long goal from just outside the box.

The Lady Senators, which fell to 7-7-2 overall and 6-6-1 in league play with the loss, had a slight 9-8 advantage for the contest on shots. West Liberty held a 2-1 edge in corner kicks.

Goalkeeper Katie Clarke had four saves in net for the D&E, which will entertain rival West Virginia Wesleyan for Senior Day at 1 p.m. Sunday.

The Lady Hilltoppers will travel to Wheeling the same day for a 4 p.m. matchup.

Shawgo and Tucker scored all of their goals in the first half of play as the Lady Bobcats (11-6, 9-4 MEC) stormed out to a 5-0 advantage at the intermission break.

Madison LaPole found the back of the net for one of her two scores in the first.

Casey Underwood scored for Wesleyan early in the second half to push the deficit to 6-0, and LaPole capped off the scoring in the contest with her second at the 66:31 mark.

The Lady Bobcats, who held a 21-2 edge in shots and a 6-2 advantage in corner kicks, will wrap up the regular season at rival Davis & Elkins at 1 p.m. on Sunday.