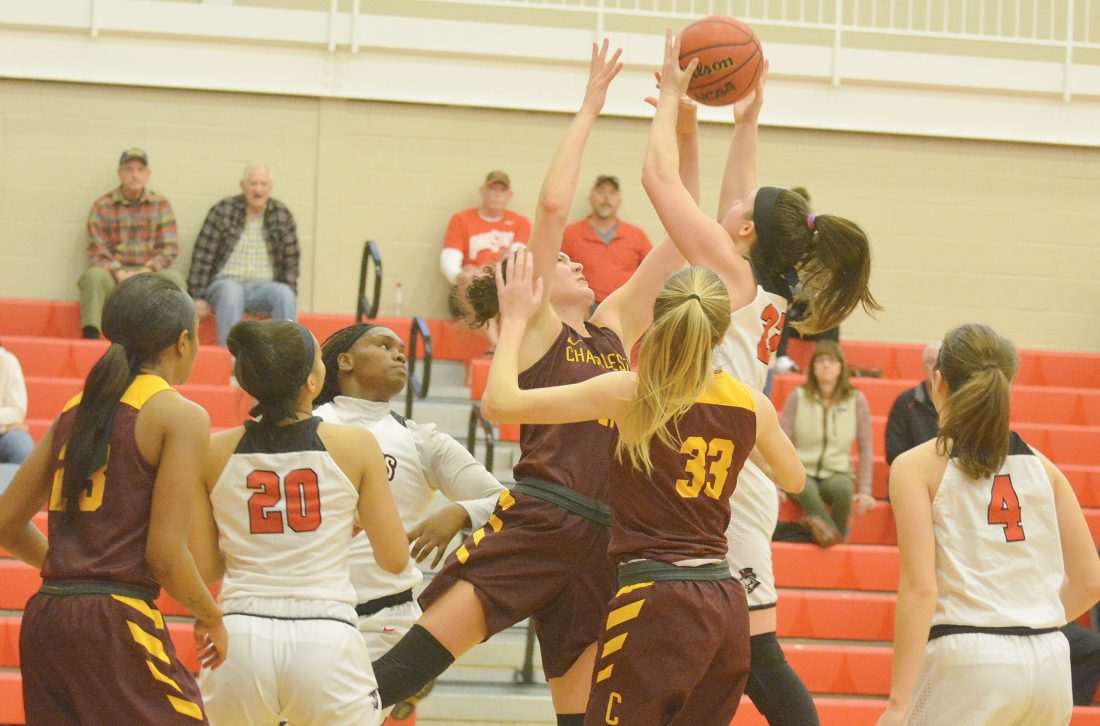 The Inter-Mountain photo by Edgar Kelley Davis & Elkins College’s Sydney Nestor fights for a rebound during Saturday’s MEC contest against the University of Charleston.

With the contest tied at 47-47, Brooklyn Pannell’s layup with 6:38 remaining in regulation gave Charleston the lead for good as the visitors closed out the game with a 18-6 run.

The Lady Senators held the rebounding advantage, 42-27, but UC held a 27-3 edge on scoring off the bench.

The Lady Senators will entertain Glenville State for another league matchup on Wednesday. Game time is slated for 5:30 p.m.