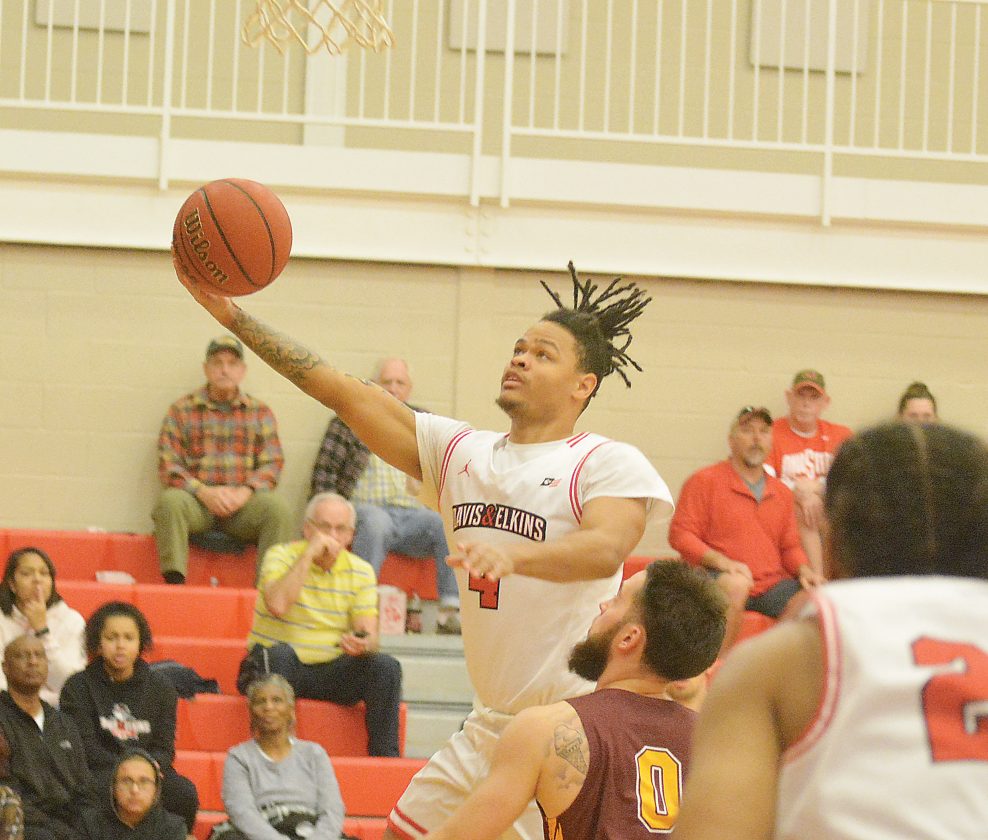 The Inter-Mountain photo by Edgar Kelley Davis & Elkins College’s Donte Doleman glides to the basket against the University of Charleston Saturday afternoon in Mountain East Conference action at the McDonnell Center.

It was the sixth straight loss for the Senators, who dropped to 4-10 overall and 2-6 in MEC play.

The lead swelled to as many as 34 points midway through the second half.

Seth O’Neal and Eddie Colbert added 14 points each for Charleston, which has won seven consecutive games.

Devon Robinson finished with a double-double with 12 points and 12 rebounds.

Riley Heatherington rounded out the double-digit scorers for the visitors with 11 points.

Myles Monroe paced the Senators with 16 points and six rebounds.

D&E will remain home for another conference contest against Glenville State on Wednesday. Tip-off is slated for 7:30 p.m.

Charleston will venture to Urbana on the same evening for a MEC matchup.