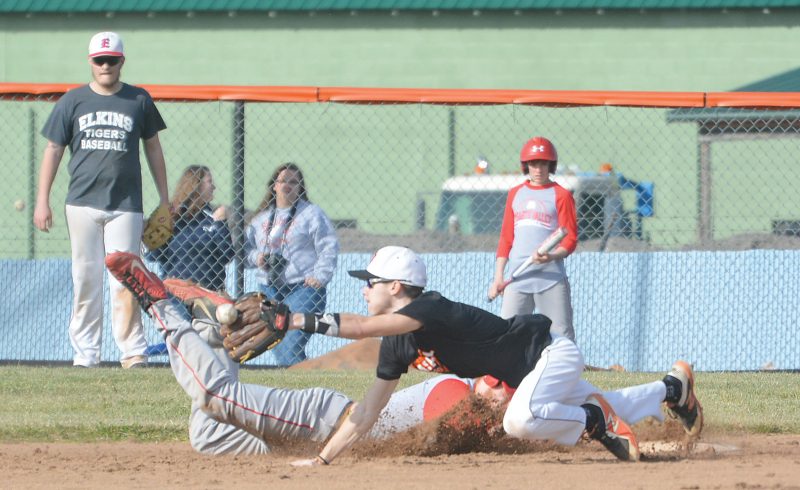 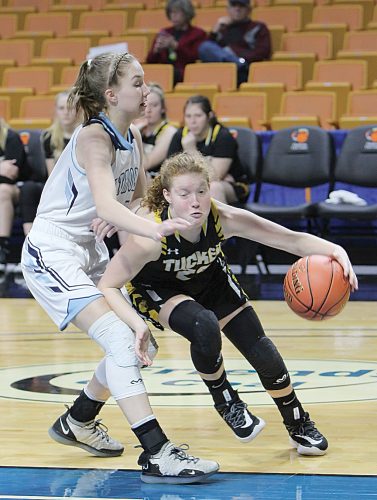 CHARLESTON — In what turned out to be the final game of the 2020 high school girls state tournament for the time being, seventh-seed Tucker County saw its season come to a halt in an 85-47 setback to No. 2 Parkersburg Thursday afternoon at the Charleston Coliseum & Convention ...

Governor: ‘We need to be smart’

CHARLESTON (AP) — West Virginia Gov. Jim Justice on Thursday suspended state high school basketball tournaments due to concerns over the new coronavirus, just hours before he was supposed to take to the sidelines to coach a girls game. The state has no confirmed cases of the virus as of ...

Lewis gets victory over Senators, 20-6

ELKINS — The visiting Lewis Flyers (5-2) used a huge second half to defeat Davis & Elkins by a score of 20-6 Thursday afternoon at Nuttall Field. Matthew Dyck started off the scoring to give the Senators (0-7) the lead, but Lewis scored four goals in the first period to take a 4-1 lead ...

ELKINS — Elkins Little League will suspend all practices, activities and games until at least April 6. 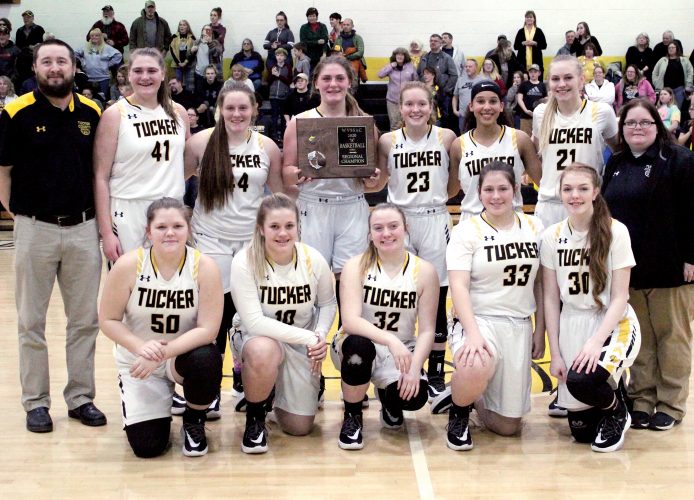 CHARLESTON — Seventh-seed Tucker County is set to clash with No. 2 Parkersburg Catholic for the second time this season today at the Charleston Coliseum & Convention Center. But the stakes are higher this time as the squads battle at 1 p.m. in Class A quarterfinal action. The ...

FRANKLIN — Pendleton County overcame a nine-point deficit entering the final quarter to knock off Trinity Christian, 45-38, Wednesday in a Class A Region II co-final. The Wildcats, who are now 23-0, advance to the state tournament for the first time in school history as Pendleton County ...

WVU set to take on Sooners

KANSAS CITY — The first thing media members were handed upon entering the Sprint Center Wednesday was a pink sheet of paper outlining the Big 12’s safety protocol concerning the spread of the COVID-19 virus. A big pile of antibacterial wipes were available in the media room, and the ... 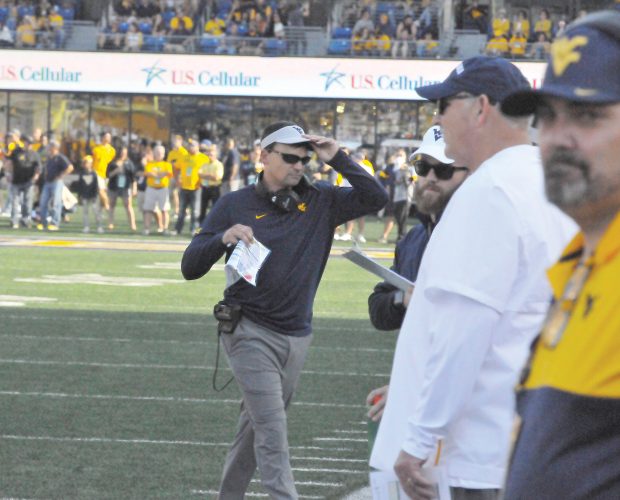 MORGANTOWN — West Virginia began spring drills on Tuesday under second-year coach Neal Brown. “Our energy was really good,” Brown said. “We were probably better today (for the first practice of spring) than we were in fall camp a couple of times.” Brown said the wide receivers ... 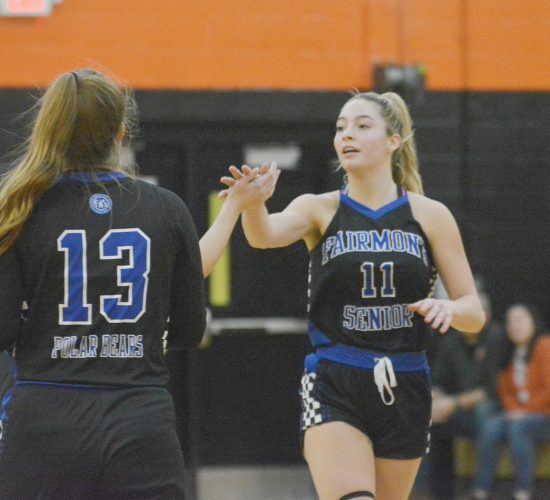 CHARLESTON — When the Class AA portion of the high school girls basketball state tournament gets underway today at the Charleston Coliseum & Convention Center, four Big 10 Conference teams will be in action. Top-seed North Marion headlines the league’s entries in the eight-team ... 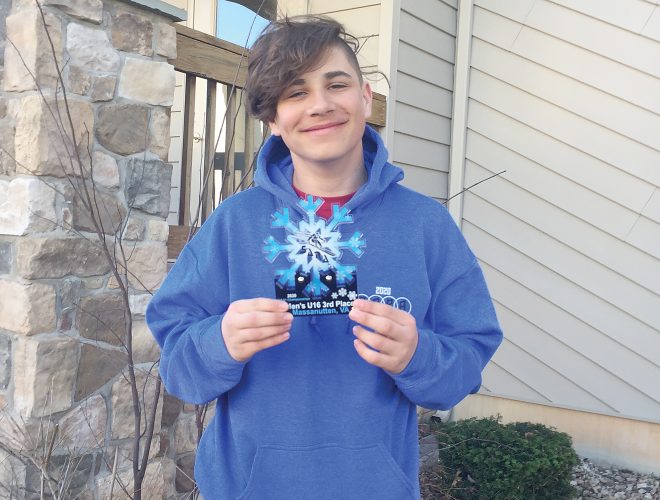 ELKINS — Elkins resident Connor Smoot recently won a bronze medal in regional alpine skiing competition. Smoot is a member of the Snowshoe Ski Team and has raced since he was a young child with his team. This year in the U16 division, he was awarded third place on the Regional Team of ...

ELKINS — Sign-ups for new players ages 13 to 15 for Elkins Babe Ruth will be held from 1 to 4 p.m. Saturday at Robin Harvey Memorial Field. Players should bring a birth certificate. For more information or questions, contact Vince Petrice at 304-704-8736 or Steve Schumacher at 304-439-5786.

NEW YORK (AP) — Kansas center Udoka Azubuike is The Associated Press Big 12 player of the year, with the 7-foot senior averaging a double-double for the regular season conference champion and top-ranked Jayhawks. Azubuike and Kansas sophomore guard Devon Dotson were the only unanimous ... 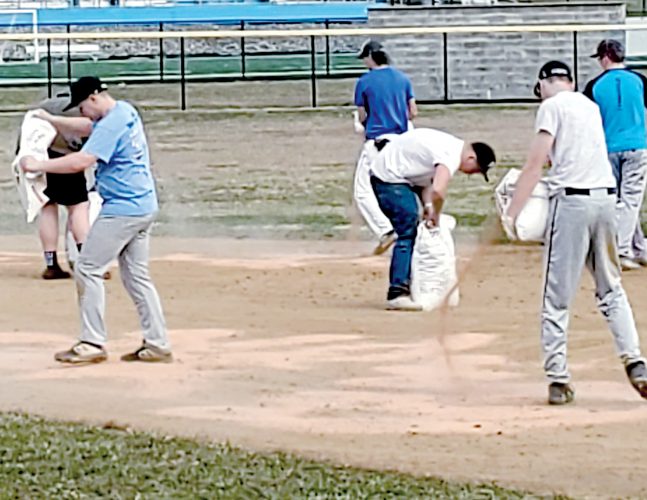 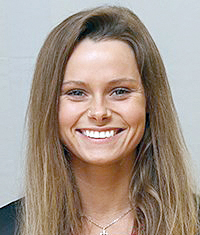