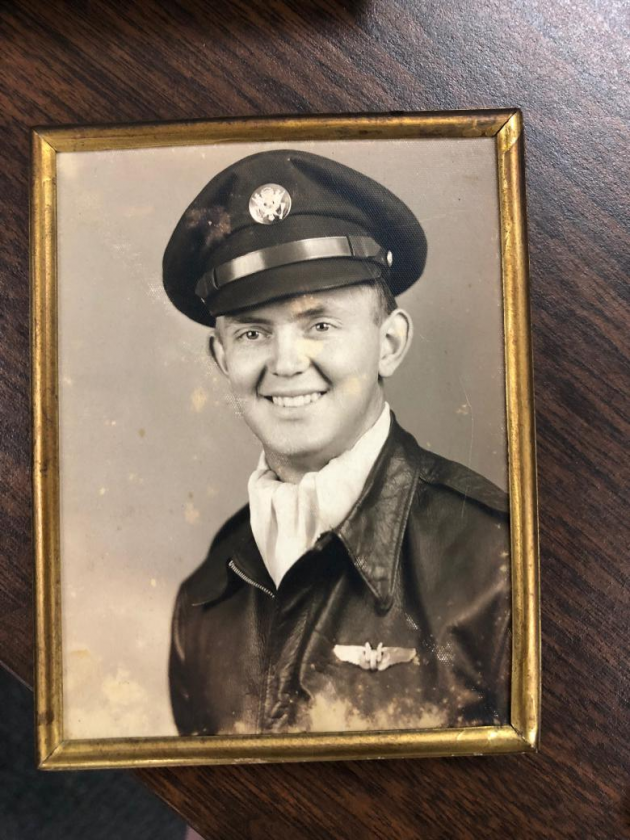 Editor’s Note: This article is the first in The Inter-Mountain’s Unsung Heroes series for 2019, which features veterans in our area sharing first-hand accounts of their military service.

ELKINS — A local World War II veteran has vivid memories of the time he served in the United States Army Air Corps.

Born Nov. 1, 1925, Carl Ward Schoonover Sr. of Parsons remembers his time in the service with great clarity from start to finish. He attained the rank of staff sergeant during WWII.

Schoonover learned to protect others from an early age. His father passed away when he was only 18 months old trying to save his aunt from drowning. As his mother raised him and his sister, Schoonover spent his formative years acting as the man of the house.

As a child growing up during the Great Depression, Schoonover would wait for the coal cars to pass through town, taking chunks of coal that had fallen off the train, loading them into a wagon, and hauling them home in order to keep his family warm.

Though he initially enlisted in the war effort during his senior year of high school, Schoonover was documented as being drafted. Because the official who did the fingerprinting wasn’t present after he finished his physical examination, Schoonover needed to travel to Clarksburg in order to complete his enlistment.

“On my way over to the gymnasium, the man in charge of the draft board knew me and asked if I needed a ride there,” he said. “His group of draftees was going over Friday, and he told me I could go free of charge if I wanted.”

So, the man added Schoonover to the draft list.

“When I got over there, I had to go through the whole medical exam again. He put me on the list because there was another guy on the list who was almost to the deadline for being drafted. He wrote my name in his place.”

For Schoonover, selecting the Air Corps as his branch of service allowed him to have an up-close involvement with aviation, a subject he’d always found interesting.

“I was always interested because my uncle was a pilot, and Tuck Brown used to come in during the Forest Festival. He was in the naval air force,” he said. “He delivered the acceptance speech for President (Franklin D.) Roosevelt to Chicago.”

He arrived at Keesler Air Force Base in Biloxi, Mississippi on Jan. 18, 1944 to attend bootcamp.

“It was cold and damp, and we had to sleep in pup tents for two weeks along the water,” he said.

Eventually, the men took examinations that would allow them to become pilots, navigators or bombardiers.

“I qualified for pilot. They were going to send me to the University of Nebraska,”| he said. “Our group would’ve had to wait four weeks for the previous group to graduate, so I signed up for gunner school in Las Vegas so I could ship out sooner.”

While he was in Vegas, he had the opportunity to go into town on weekends. Once while playing the craps table at the El Rancho, Schoonover met movie star Hedy Lamar.

Leaving the U.S. on his 19th birthday, Schoonover arrived in Manchester, England prior to being transported to his station in Sudbury with the Eighth Air Force.

“When we got out, the Red Cross offered to give us a sports kit,” he said. “We had a touch football game along the runway.”

Schoonover remembers what living in the barracks was like: “There were two crews to a barrack, and there could be no windows because Germans were sending buzz bombs over. Right outside, we had an underground bomb shelter. When our alarm went off that a bomb was coming, we had to run outside and jump in.”

“One thing that a lot of people don’t know is that it was the pilot’s responsibility to get the crew up to go on a mission,” he said. “He would wake me up at three in the morning. So, I’d get up and go to briefing. He always relied on me because I always got up. The other guys would try to sleep in until the last second.”

At briefings, Schoonover would find out where the crew was going and what plane they would be on; it changed every day.

“We would take off and circle for three hours waiting for all 600 airplanes to get in the air and in formation … It would be like 69 below zero at 3000 feet, and in the back of the B-17 where I was, it was cold. They gave us a box of candy, and that was all we had to eat during 14-hour missions–four pieces of peanut butter fudge and hard tack,” he said.

Crewmembers had to constantly squeeze the ice that formed on their oxygen masks in order to breathe.

After being shot over Germany, Schoonover’s plane lost power from two engines, and the third caught on fire. Luckily, the pilot was able to feather the fire out, though the plane continued to lose altitude.

“We got shot down on Jan. 10, 1945. We crash landed, thank God, five miles behind our side of the fighting line in France, and we all survived it,” he said.

As the plane fell, one of the wings hit a ditch, causing Schoonover to fly out of the airplane and across the snow. Surprised to see him alive, his crew found him lying in the snow unharmed.

It was then, happy to have survived the crash, that Schoonover saw a side of war that shocked him.

“Fortunately, they sent a half track to pick us up. It showed up about half an hour after we crashed,” he said. “They showed up with two GIs in the back and two German prisoners. There wasn’t enough room for all of us.

“The GIs marched the prisoners to the side of the road and just shot them. I stood there and wondered how someone could do that. One of them said that it’s what they’d do to us. You don’t realize that stuff until you’re involved in it. Just to hurt anybody hurts me. I’ve never forgotten that.”

Over the course of the war, Schoonover flew 27 missions to drop bombs on Germany and was awarded four battle stars.

As the war wound down on the European front, Schoonover returned to the United States to fight forest fires in the northwest prior to his discharge on Oct.16, 1945.

After the war ended, Schoonover started a family and went on to become a teacher in Baltimore County, Maryland, educating students for 33 years.