Currence served in Air Force at Langley, across Europe 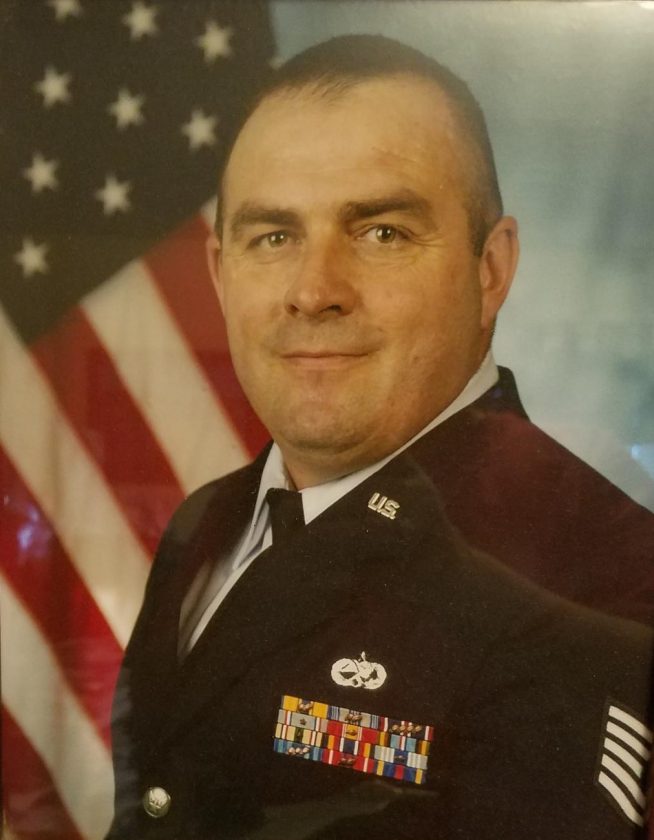 ELKINS — An Elkins man said he enjoyed every minute of serving in the U.S. Air Force for more than 20 years.

“I always had joining the service in the back of my mind. I had an uncle who was in the Air Force, and seeing how he lived in the military and how he got to travel made me want to join. So, I did,” said Currence in a recent interview with the Inter-Mountain. When he enlisted, he had no idea that his military career would last for as long as it did.

Currence began his Air Force career at basic training in Texas, where he learned to work on a fighter aircraft at technical school.

After basic training, he reported for duty at Soesterburg Air Base in the Netherlands — where he spent four years learning and working an an F-15 fighter aircraft.

While stationed in the Netherlands, Currence had the honor of meeting General Chuck Yeager, as he was selected to launch Yeager in the F-15, and they spoke of their home state of West Virginia. Currence considers this to be a major highlight of his time in Holland.

After his time in Holland, Currence was assigned to Langley Air Force Base in Virginia, where he returned several times throughout his career.

Currence was then deployed to Saudi Arabia during Desert Shield and Desert Storm, where he was one of the first Air Force mechanics to land in support of the war effort. He considers some of the proudest moments from his Air Force careers to center on how well people reacted to them when they returned from Desert Storm.

When he returned to Virginia, Currence married Elkins native Karen Hudnall. The pair raised two sons, Garrett and Josh — who is Currence’s stepson.

Currence’s next assignments brought him back to European soil with his family traveling by his side.

“I traveled to just about every country in Europe,” said Currence.

While in England, Currence was stationed at Lakenheath Air Base, approximately two hours east of London. There, he worked in the crash recovery shop and learned a new job aspect for an F-15 crew chief.

While in crash recovery, Currence worked alongside other crew chiefs who were responsible for the recovery of any crashed or emergency aircraft. They were additionally responsible for all flight control rigging and the wheel and tire shop for the aircraft.

Currence also deployed to Aviano Air Base in Italy during his time at Lakenheath during the war Kosovo.

“My favorite memories were mostly getting to visit all the different countries– seeing their lifestyles and the differences between how they live, what they do and what they eat,” said Currence.

“The kids got a great education while in Europe, not only in school but in the history they learned while traveling.”

After spending four years in England, Currence and his family moved back to Langley, Virginia, where Jeff worked in the AFB crash recovery shop for two years, later moving into a quality assurance position, where he inspected the daily tasks of workers to make sure their duties were performed correctly. Currence stated that he enjoyed this job because he got to teach the men how to accomplish jobs the right way.

On Sept. 11, 2001, Langley was the First Fighter Wing for America and was called to fly aircraft around the clock in order to help protect the country from terrorism. Currence spent the final years of his service involved in the global war on terrorism.

Currence made the decision to retire from the Air Force in June of 2006.

“I still work in aviation. I’ve been working in aviation for about 15 years since retiring from the Air Force,” said Currence.

After his retirement, Currence moved back to Elkins and began working as the quality assurance manager for an aviation company in Bridgeport. Soon, he took a job offer from Airborne Tactical Advantage Company, a private company that has a fighter aircraft to use for military training.

Currence has now been working in the aviation field for a combined total of 35 years. He has homes in Elkins and Virginia, where he still works for ATAC as their safety manager and with the FAA as a lead safety representative. He is also a coach for Challenger Little League Baseball, which is a baseball league for special needs children.

“I really enjoyed my career — every minute of it. I enjoyed traveling and seeing all the places. I enjoyed being able to share those experiences with my family. I’ve also enjoyed returning to those places after years of being retired,” said Currence.

Currence credits the longevity of his service to his wife, family and the lifelong friends he made throughout his career.