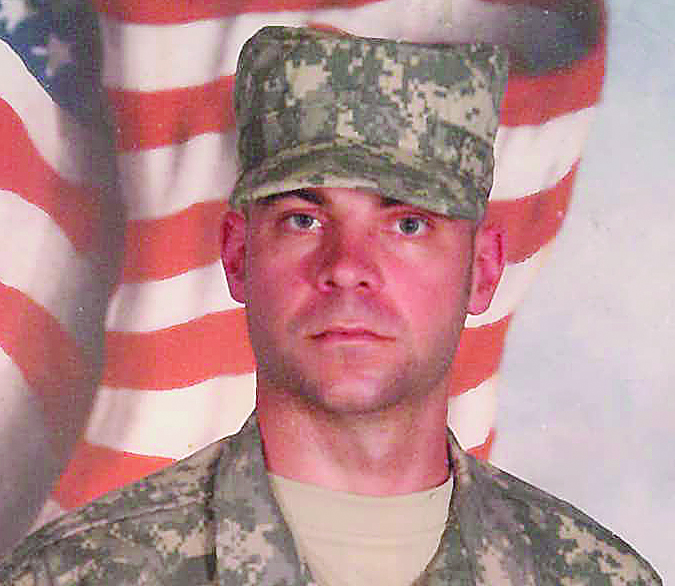 ELKINS — Traveling the world is often the dream of those with adventurous souls. To stand under the Eiffel Tower, to roam the valleys of Scotland, or to experience the wonders of ocean life in Hawaii, is what one thinks of when the words “traveling the world” comes to mind.

However, Elkins native Bryan Rizzio fulfilled his wish to travel the world and make a difference at the same time.

He chose to enlist in the Army National Guard. Bryan’s journey of service lasted from April 2008 to April 2014. Rizzio earned his highest rank of E-4 specialist. He received an Army Accommodation Medal, he is an honorary sapper, and was awarded three state ribbons for flood relief duties.

Prior to his enlistment, he bounced from job to job, working at saw mills, and at the Huttonsville Correctional Center. In fact, while he was in the military, he continued to work at the prison.

“I went to basic and AIT in Fort Sill Oklahoma. I came back and heard about a unit in Clarksburg that was getting ready to deploy. I thought to myself, ‘This is my chance, why not?'” Rizzio said.

“So, I went to Fort Dix, New Jersey, and reclassified. I was a cannon crewmember before I reclassified to a deploy as a carpentry and masonry specialist. After that, I got into the 115th in Clarksburg. We went to Fort McCoy, Wisconsin, and spent about a month and a half up there to train and get ready to go overseas. Then, I left for Iraq.”

During Rizzio’s service in Iraq, he spent his time driving and building for the locals.

“I really didn’t build a whole lot, I mainly drove. I got my driver’s badge for all of the accident free miles I had over there,” he said. “We were at a lot of remote outposts. Whenever we would go in, they wouldn’t have anything. We built chow halls, we built gyms, we built housing for the locals to move into after we were done.”

Rizzio was stationed all around the world during his time in the Army National Guard.

“I was in Iraq for a year, Morocco and Mauritania in North Africa for three months, and Peru in South America for two months,” he said.

After returning to his home in Elkins, he started his career in the work force.

“Now, I work at Kingsford and on my days off, I work at Simmons Lumber. I work just about seven days a week,” he said. “I just like to work.”

One of his favorite memories from his time in the military was being able to reach out to a former acquaintance.

“Whenever I was a sophomore in high school, I went to prom with a girl who was a senior. That was a big deal if you were a sophomore,” he said. “In Iraq, I was single at the time. Well whenever I had signal, I would go through Facebook. Well, one day I decided to look her up to see what’s going on. We started talking on Facebook and whenever I came back, we would travel to see each other. She lived in Martinsburg, so she would drive to see me and I would do the same. This happened every weekend. We ended up getting married and we have a 6-year-old son now.”

Rizzio explained how grateful he is for his family supporting him during his six years in the service.

“My parents and my ex-wife were great with my daughter the whole time that I was in the military. She was in second grade when I got deployed. I got to call her occasionally. If we were out on missions, we would be out for a month or two at a time,” he said. “Once in a while you could find a satellite phone. It was rough, but we got through it.

“I have a lot of good memories in the Army National Guard. I wanted to see the world, I got it! Definitely got to see the world. It really did teach me a lot of leadership, a lot of responsibility. I would tell anyone to do it. It was a good thing for me and I am so happy with the way it turned out.

“After the six years and the three trips around the world, I was ready to finish my service,” he said. “My daughter had been through enough and whenever I would leave, my son was too young to know what was going on. I am grateful for my wife, who really stepped up while I was gone. Overall, it was a great thing to be a part of, but all good things must come to an end.”

Rizzio currently lives in Beverly with his family.