Lemons served in Japan, the Philippines and Hawaii in the Navy 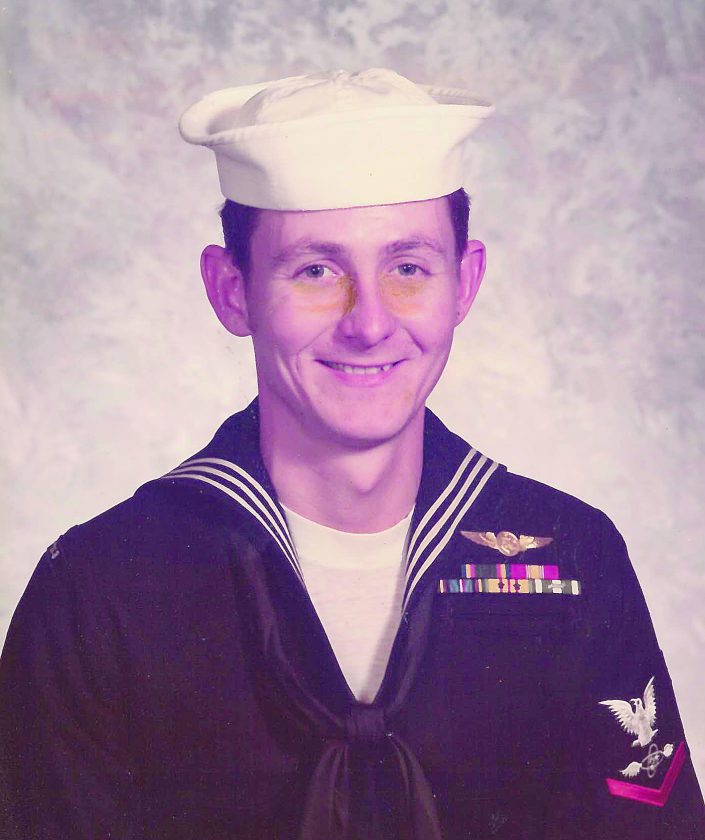 Submitted photo James Herbert Lemons traveled around the world while in the U.S. Navy.

ELKINS –James Herbert Lemons experienced both triumphs and tragedies during his time in the Navy.

After graduating from high school, Lemons made a choice to serve his country.

“It was my turn! I was accepted at Potomac State,” Lemons said. “I graduated high school in 1966, but I had also been talking to a Navy recruiter and I went in on a 120-delay program. So I enlisted basically 120 days prior to going to bootcamp, which I left here for on Oct.31 and bootcamp started Nov. 1.

“I turned 19 on Nov. 20 while I was in bootcamp. Bootcamp was different. It was somewhat of a shock to a country boy,” he said. “Living in a barracks and doing everything that you were told to do, not what you wanted to do. I had swim calls. My first one I had to climb up a 21-foot tower and when the instructor said go in the water, you went in the water.”

After Lemons completed his bootcamp training, he was sent to serve at several different sites across the world.

“Right out of bootcamp I went to Naval Air Station Barbers Point in Hawaii for four months,” he said. “I went to advanced first aid training, small marksmanship training, and when I wasn’t in class or on the riffle range, I was cleaning a head, which is civilian for bathroom for a first class boatswain’s mate.

“After four months there, I went to Naval Air Station Atsugi, Japan. I was there long enough to get checked in to the squadron and then they sent me to Naval Air Station Cubi Point in the Bataan Peninsula in the Philippines,” he said. “There, I was on a line crew on handling air craft, launching them, and then bringing them back on the line, and cleaning them. Basically you start on the bottom and work your way up.

“I also was a training load master on a C-2A Greyhound. That involves loading up the aircraft and building a cage around it because the designation for the aircraft was COD, carrier on-board delivery. I was made two and a half deployments and I’ve got 113 traps and 115 cat shots. That means I’ve landed on board aircraft carriers 113 times, that’s called a trap, and then the catapults, that’s going from zero to about 145-150 miles per hour in 2.5 seconds. That is in a C-2A Greyhound, a twin-engine turbo prop. Those planes are still flying today but they are going to be replaced, from what I understand, they are going to phase out the old C-2’s.”

One tragic experience that Lemons will never forget is when he received his first appointment at Cubi Point.

“It’s an anniversary date, July 29. I was at Cubi Point on my first appointment and we were diverted over to the USS Oriskany. There was a fire. 134 sailors died and 161 were wounded that day,” he said. “When she came into the carrier there at Cubi Point on Aug. 1, you could still smell the ship. We flew five-gallon red cans of foam for the foam generators for them to fight it. We also flew the burn patients back. That memory sticks in my mind.”

He then explained that even though there were tough memories, he remembers the good times as well. He met people who influenced him, some who would laugh with him, and even one from his home state.

“After I ended up in Da Nang on Jan. 31 to Feb. 1, which was the start of the ’68 Tet Offensive. I was sent back up north to Atsugi and that was on my third deployment,” he said. “I started my plane captain training for the T-39.

“It was in December of 1968 and at our squadron reunion, the T-39 boys, which was me and some other guys, would always show up everyone. Lieutenant Commander Kennedy, Lieutenant J. G. Carter, and myself brought 13 elephants out of Bangkok back to Cubi Point on a T-39. They were the ceramic elephants of course!”

“The only person that I met over there from West Virginia was on a flight with me,” Lemons said. “I had a flight that we taxied around 4 a.m. in the morning from Cubi Point to Da Nang. On our itinerary, we had to pick up a two star marine general by the name of Anderson from Morgantown, West Virginia. He asked me to come to the back of the aircraft because my plane captain seat was between the cockpit and the other section of the plane. He started asking me questions and that is when I found out that he was from West Virginia. He was the only one!”

Before his time with the Navy was up, he volunteered to serve for another year.

“I grew up here in Randolph County,” Lemons said. “I graduated from Tygarts Valley High School and after I got out of the service, which I was scheduled and I had already volunteered to go back to the squadron. I had about a year left whenever they sent me back. I then went to HC3 helicopter combat squadron 3 at Naval Air Station Imperial Beach. They say that place is the helicopter capital of the world. It is now a part of the training center, the home of the Navy Seals. I was there for about 11 months and then I got out because they were doing cutbacks.”

Lemons left the military after earning the rank of third class petty officer. Upon his return from the military, Lemons received his acceptance letter from West Virginia University.

“I went to university,” he said. “I didn’t see a need because I went fall semester, winter semester, spring semester and summer semester. I basically went around the clock. I had worked for an electrical contractor prior to going to serve in the Navy. I was an aviation electronics technician and I did all of the avionics on aircraft, the electrical, plus the radios, and the navigational equipment. When I was a plane captain, I had to know all of the systems.

“In 1973 I made a career choice,” he said. |They were hiring foresters at $13,000 a year and I was making close to $18,000 as a general electrician. So, I lived in Morgantown for a little while before I came back to Elkins. I worked for an electrical contractor full time. He passed away and soon after, a coal company offered me a job and I took it.

“I worked in the mines for 10 years. I then got an opportunity with Island Creek Coal Company. They contacted me and wanted to set up an interview. I worked there for a while and recently, I signed my retirement papers with a major coal company, Consol Energy.”

This year Lemons will be 72 years old. He currently lives 14 miles south of Elkins with his wife. Lemons’ children are grown and he has several grandchildren.