Westfall served in the U.S. Army during Vietnam era 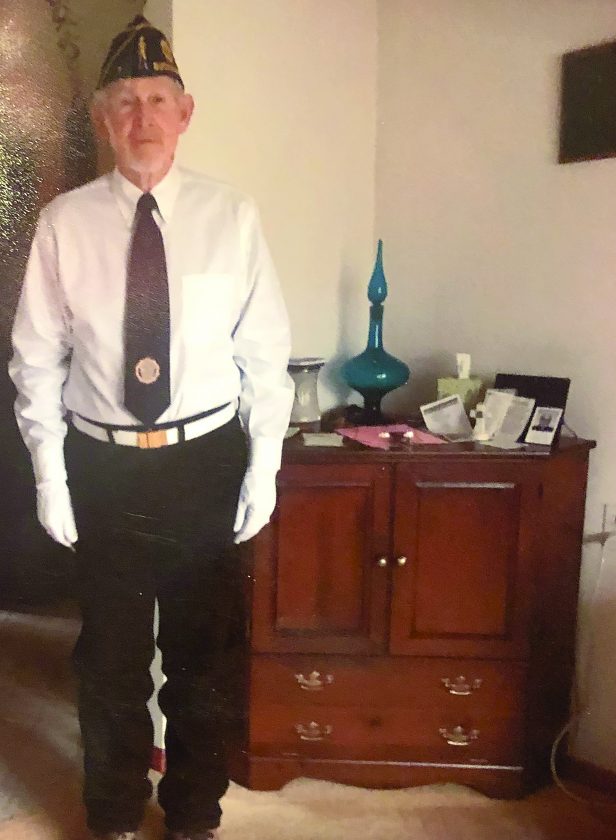 BUCKHANNON — The current commander of the American Legion Post 7 Frank B. Bartlett Chapter served in the U.S. Army during the Vietnam War era.

Carroll Westfall grew up in the Gormley area of Upshur County, played football at Buckhannon-Upshur High School and graduated with the class of 1956.

The United States become involved in the Vietnam War and Westfall enlisted.

“The world was in such a turmoil and it just seemed like it was the thing to do,” he said. “They were really looking for volunteers at that point.”

He was sent to Fort Knox, Kentucky for basic training.

Westfall was born and raised on a farm so he was used to early mornings and hard work.

But at basic training, soldiers were awoken at 3 a.m. and lights out happened at 9 p.m.

After basic training, Westfall went to Fort Chaffee, Arkansas where he was assigned to the artillery division.

“Back at that time artillery was big,” he said. “It’s that big anymore because they have more advanced missiles and things like that.

“I was a gunner on one of the 8-inch Howitzers,” Westfall said. “It was a large artillery piece which shot an eight-inch shell and it shot up to 10 miles.”

Westfall’s unit trained to be deployed overseas but that call never came.

“We were prepping to go to Vietnam,” he said. “It was very enlightening to find out what you do go through in preparation for war. Whenever we thought we were going to have to go, they told us to wait for another week and they thought there was going to be a truce.”

A cease-fire agreement was reached between the United States and North Vietnam on Jan. 27, 1973 and troops began to return home.

Westfall was discharged from the Army after eight years having achieved the rank of Specialist 4 and returned to Upshur County.

“I went to work for Mountaineer Foods, a distributor in Buckhannon, for 10 years,” he said.

Westfall then worked for Nestle-Foods for 23 years as a sales rep until retirement.

His involvement in the American Legion came about more recently.

“About 10 years ago, I knew a lot of the guys that was involved in the American Legion,” he said. “I signed up on the computer and they attached me to a Charleston unit.”

About six years ago, Westfall came down and talked to American Legion member Mary Albaugh.

“She said, ‘We need you here” and she completed the paperwork to transfer me from Charleston to here,” Westfall said.

He began attending meetings at the American Legion Post 7 where he soon became involved in membership and then was appointed to be first vice president.

Since that happened, Westfall joined the Upshur County Honor Guard which performs military salutes at veterans funerals and special events throughout the county. It is made up of members from the American Legion and Veterans of Foreign Wars.

Westfall sees serving in the honor guard at remembrances and funerals as a way to continue his military service.

“It’s to pay tribute to them,” he said. “A lot of them gave their lives. It’s a good thing to do. I hope somebody does a thing for me whenever I die.”

This year, Westfall is serving a one-year term as the post commander and is focusing on membership.

“We are starting up a youth legion program,” he said. “Maybe we can get some younger members in the American Legion.”

He joined the Disabled American Veterans recently as a life-time member after the chapter set up a canopy in the parking lot across from the American Legion Office to recruit members.

He and his wife, the late Nancy Westfall, have three children: Rachel, Ken and Trent, three grandchildren and one great-grandchild.