Savage served across country and the world in Air Force 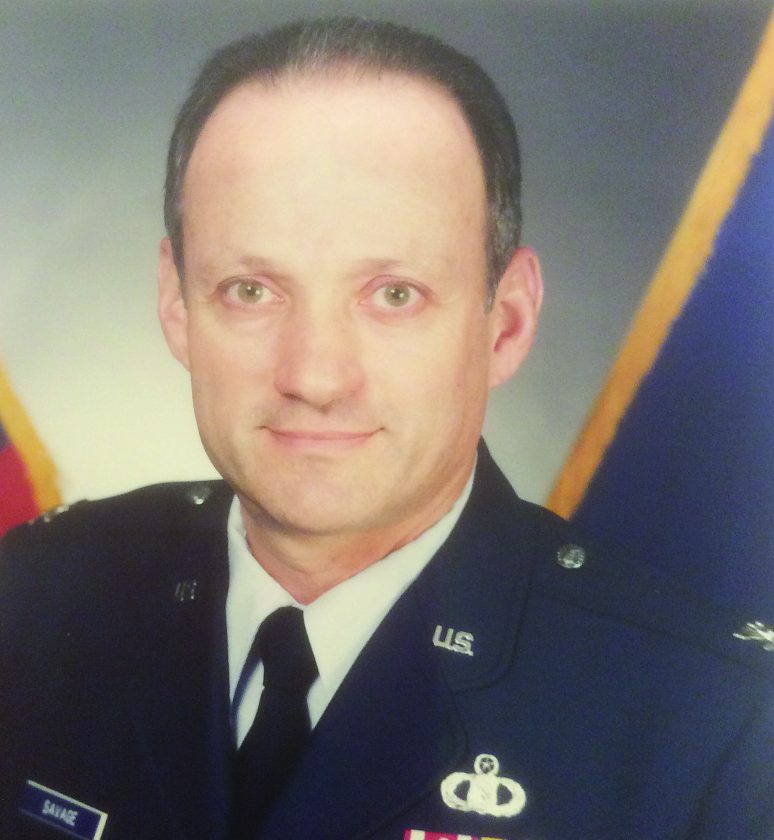 Savage started his Air Force career in October 1972 and retired in 1999. He achieved the rank of colonel.

He grew up in Wheeling, where he graduated from high school at Triadelphia High School.

After his high school graduation, Savage decided to attend Davis & Elkins College in Elkins to study biology on a basketball scholarship. He also competed on the college’s baseball team.

Hesitant yet intrigued, Savage was introduced to the idea of enlisting in the United States Air Force, something he had never considered before.

“I didn’t really know what I was going to do when I got out of college,” he said. “The professor of aerospace science approached my father and mentioned to him that the Air Force would be a good starting point for anybody who was first graduating from college.

“So, my dad mentioned it to me and asked me if I had thought about the Air Force. He said, ‘It is only four years. If you don’t like it you can just get out.’ I thought, ‘OK, I’ll give that a try.” I went through ROTC at Davis & Elkins College. When I graduated, I was 22 and I went into the Air Force as a second lieutenant. Once I got in, I loved it and 27 years later, I retired from the Air Force,” he said.

One of his favorite parts about being in the Air Force was having the opportunity to travel all over the world.

“In between all of that, I spent time in Peru, Saudi Arabia and other parts of the world. My favorite destination was Germany,” he said.

During his 27 years in the service, Savage created many outstanding memories that he says he will cherish for a lifetime.

“In Germany, there was a group of us, young officers at the time, we decided to rent a chalet in Switzerland,” he said. “Every minute we had off we would go to Switzerland and ski. That was the most memorable thing that I remember about my time in Germany.

“The memory that sticks out to me is how much responsibility I was given at a very young age. Something I would have never gotten in any other career that I have pursued. I think that my education at Davis & Elkins College and playing sports at the college set me up to handle that type of responsibility.”

After retiring from the military, Savage went to work in the defense industry for Northrop Grumman for a total of 18 years.

“My time in the Air Force, I loved every minute of it. I never had a bad boss, I never had a bad assignment, and I really enjoyed it. Who would have thought that some kid from Davis & Elkins College that didn’t know what he wanted to do, would experience something like that?” he said. “I certainly didn’t.”

Now Savage serves on the Board of Trustees for Davis & Elkins College.

He currently lives in Yorktown, Virginia with his wife, Frankie.