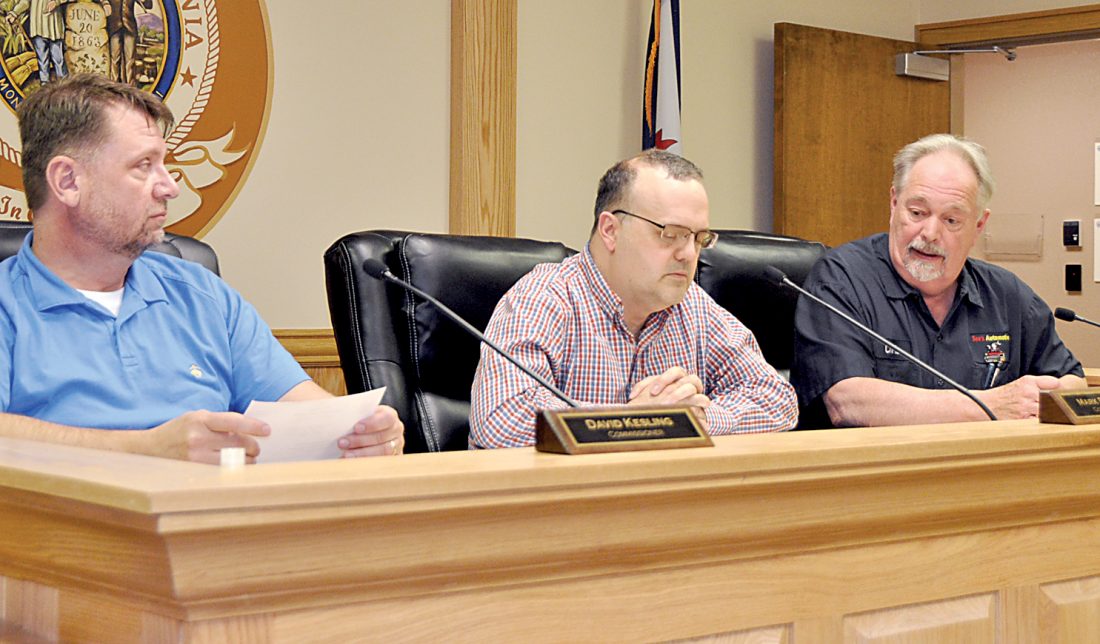 ELKINS — Randolph County Commissioners met in a special session Tuesday afternoon to lay the levy rates, which they were happy to announce will remain the same as in recent years.

“We learned a lot through this budget process,” Commission President Mark Scott said at the beginning of Tuesday’s special meeting. “We said before we got started that we were really going to spend a lot of time looking at the insides and outs of the budget. We began to see that the county was overspending more than they were taking in. We were extremely concerned.

“We met with each elected official, each department head, and we went line by line through this budget to see what we could do. As a result we were able to cut significantly the budget and spending for the new fiscal year. As a result I’m pleased to announce today there will be no tax increase,” he said. “The levy will remain the same as it has for several years.”

“That’s good for the taxpayers and the county residents,” Commissioner Chris See said.

The county commission’s regularly scheduled meeting will be at 1:30 p.m. Thursday at the James Cain Courthouse Annex.